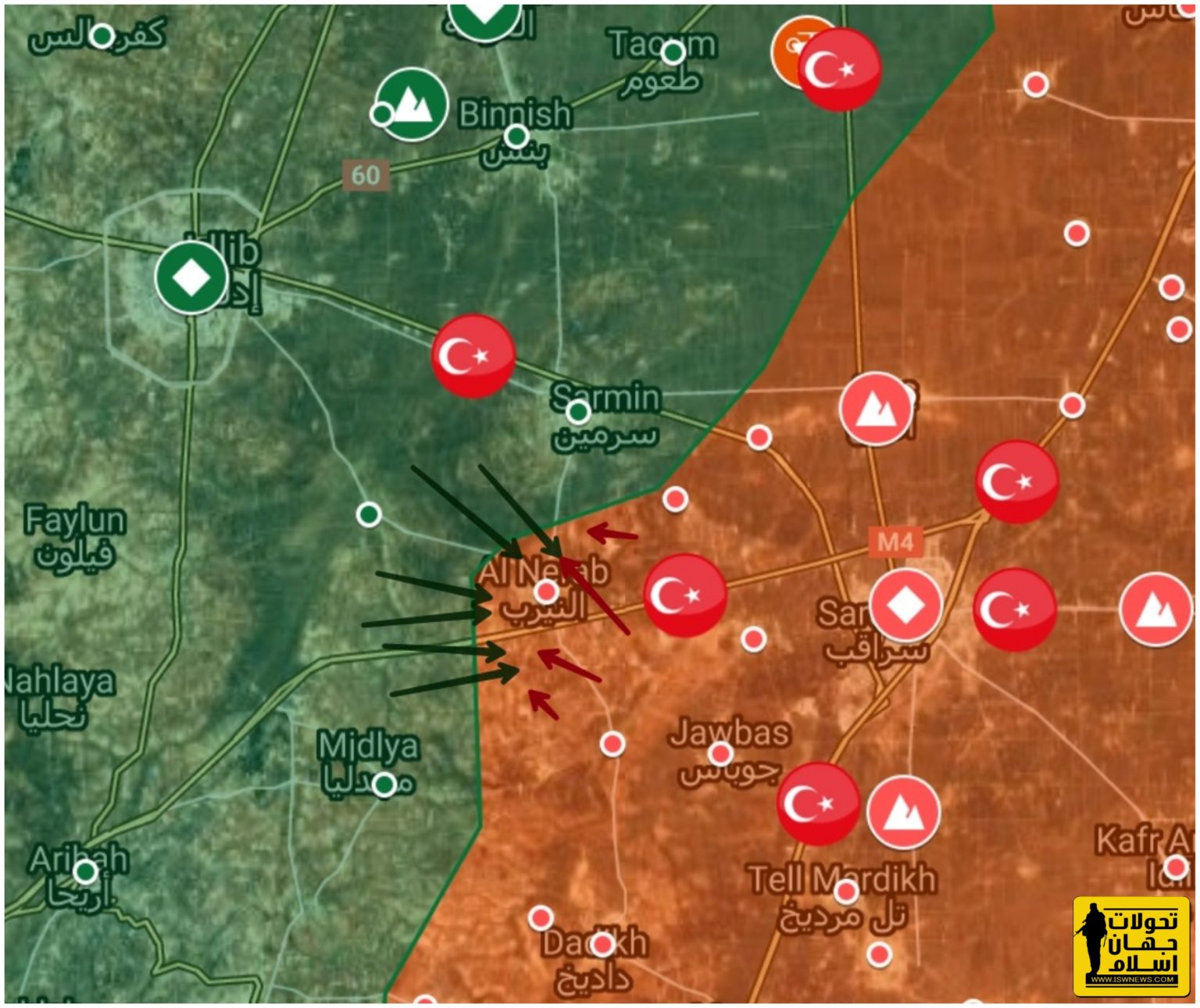 ISWNews Analysis Group: The militants heavy attacks with the special support of Turkish army at the axis of Nayrab, west of the city of Saraqib, were repulsed by Syrian Army resistance.

According to the latest news from the Idlib front, the Syrian army has repelled the heavy attacks of Tahrir al-Sham and Turkish-backed forces by destroying seven tanks, armored and military vehicles and inflicting casualties on the terrorists.
In this attack, Turkish troops directly supported the militants.

The Turkish Ministry of Defense also issued a statement announcing the deaths of two Turkish soldiers and five wounded in air strikes by the Russian and Syrian army in Idlib. The statement also cited the deaths of 50 Syrian Army personnel and the destruction of five tanks and four armored vehicles, which are not confirmed by the ground sources so far.