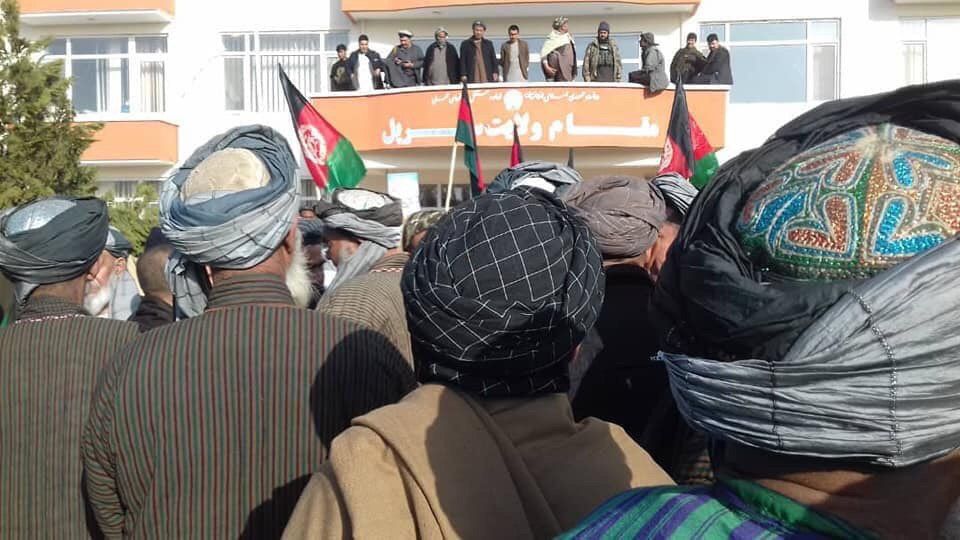 Yesterday Mohammed Nour Rahmani was appointed by Abdullah Abdullah as the governor of Sar-e Pol, and supporters of General Dostum marched in support of him today and gathered in front of the governor’s office.

Sar-e Pol Province, with a population of more than 700,000, is located in northern Afghanistan and has a significant role in controlling the northern parts of the country. The majority of the province’s residents are Hazaras and Uzbeks.