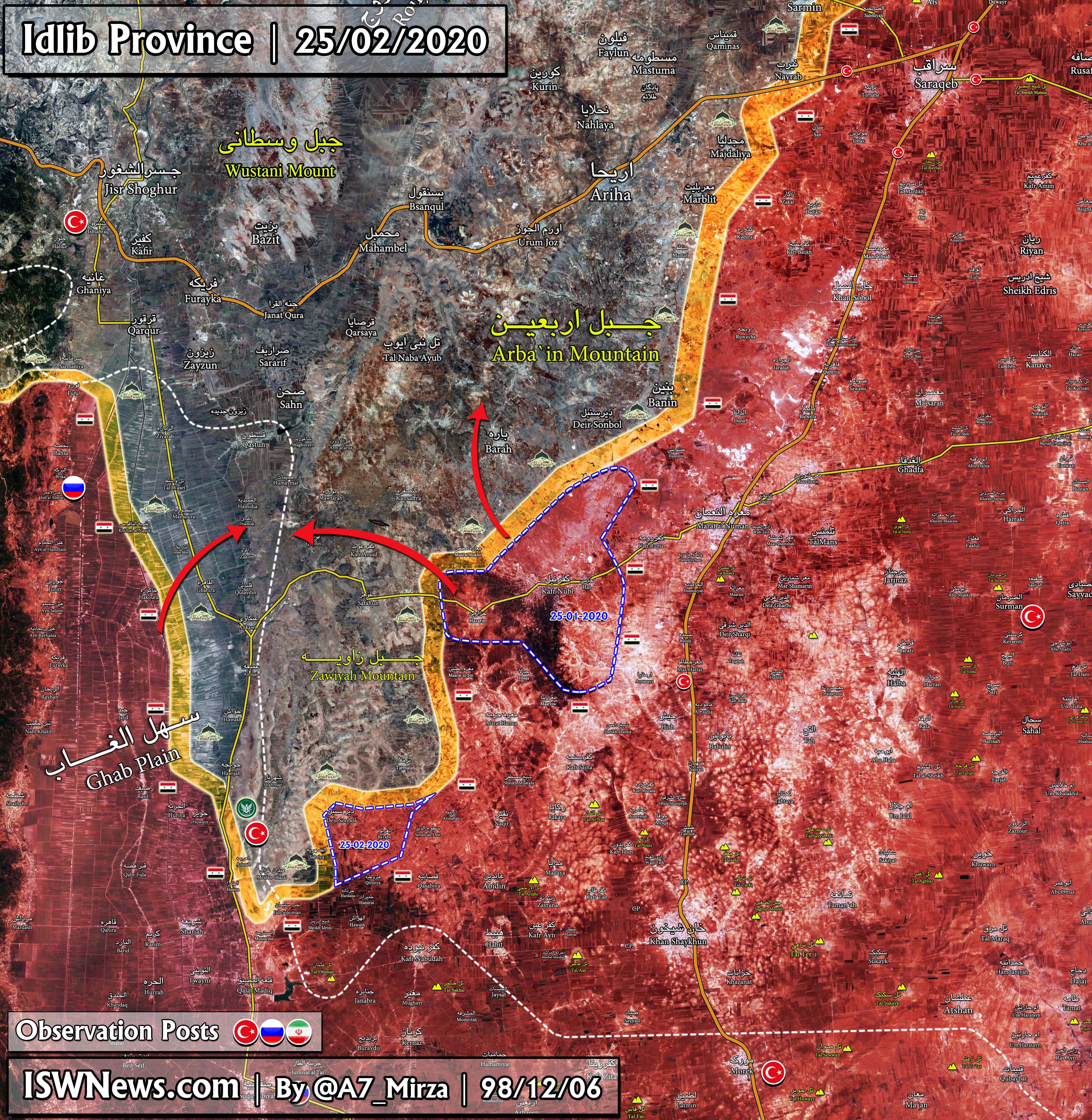 Following the Syrian army advances in northwest of Syria, new areas and villages in the southern depths of Idlib province were liberated from the terrorists occupation.

Hass, Kafr Nabl, Bisaqla, Ba’rabu, Qiratah, Sahab, Qa’uri, Deir Sunbol, Hazarin, Asar Sanashrah were liberated in Idlib province.
The Syrian army looks set to continue its operations with the goal of completely clearing Jabal al-Zawiya and Jabal al-Shahshabo, and in the next phase, Arbaein mountain will be cleared and eventually the M4 road will be cleared.
The Syrian army advances in the southern axis of Idlib is while the Erdogan-led terrorists focused all their efforts on the Nayrab axis and try to occupy the Saraqib again, blocking the M5 highway. But Erdogan’s gamble on Saraqib is very unlikely to answer…