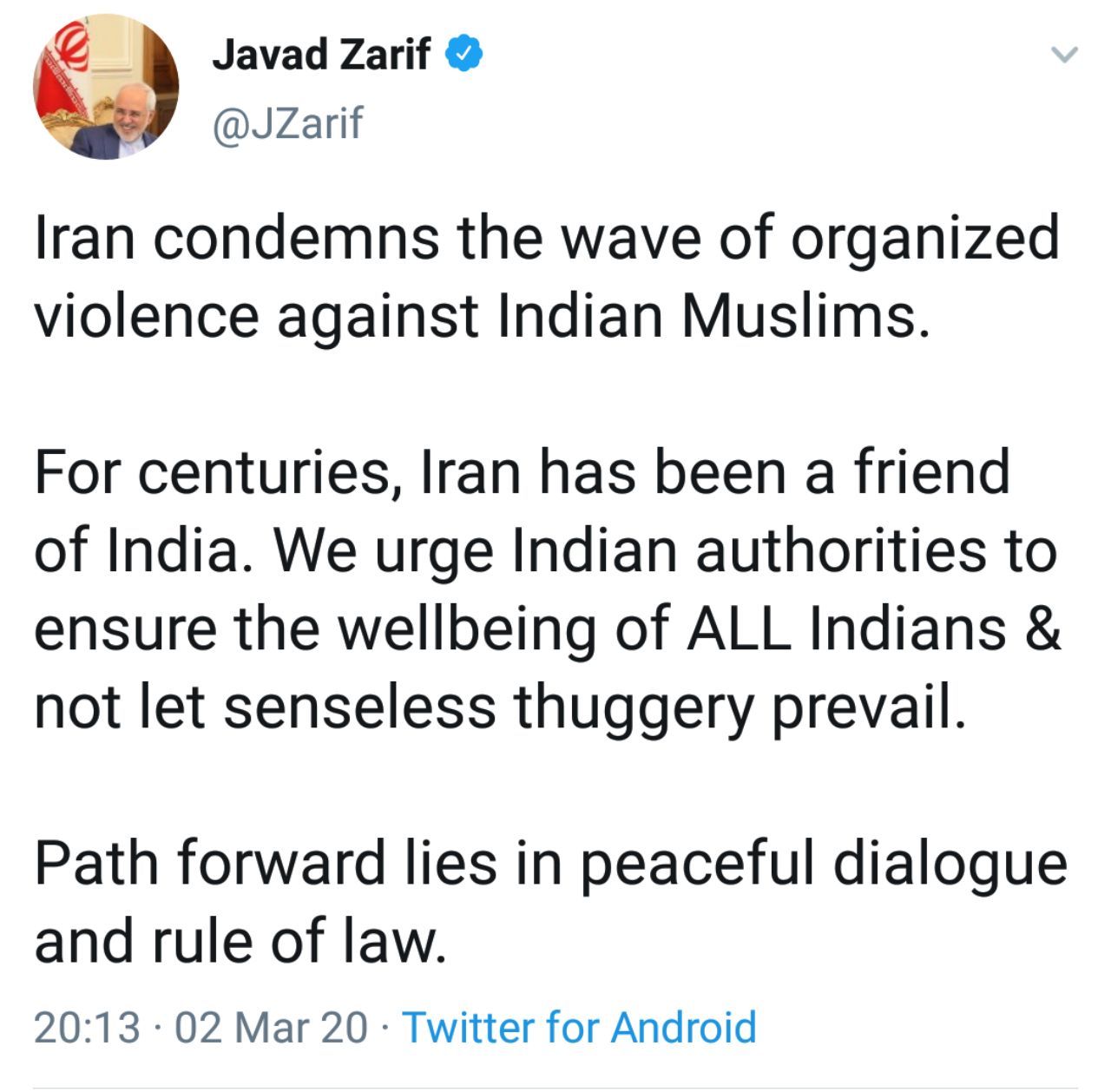 Mr. Zarif in his tweet decrying violence against Muslims in India wrote: “Iran condemns the wave of organized violence against Indian Muslims. For centuries, Iran has been a friend of India. We urge Indian authorities to ensure the wellbeing of ALL Indians & not let senseless thuggery prevail.
Path forward lies in peaceful dialogue and rule of law.”

In recent days the violence against Muslims has intensified greatly and Hindus have attacked mosques and Muslim inhabited areas brutally.
Islamic countries have not shown support for state oppressed Muslims in India, Myanmar, China, Kashmir, etc. Considering Iran and India relationship, it is expected that Iran is pioneer to support Indian Muslims.