Yemeni Commander: Turkey and Israel Pursue One Goal in Syria! 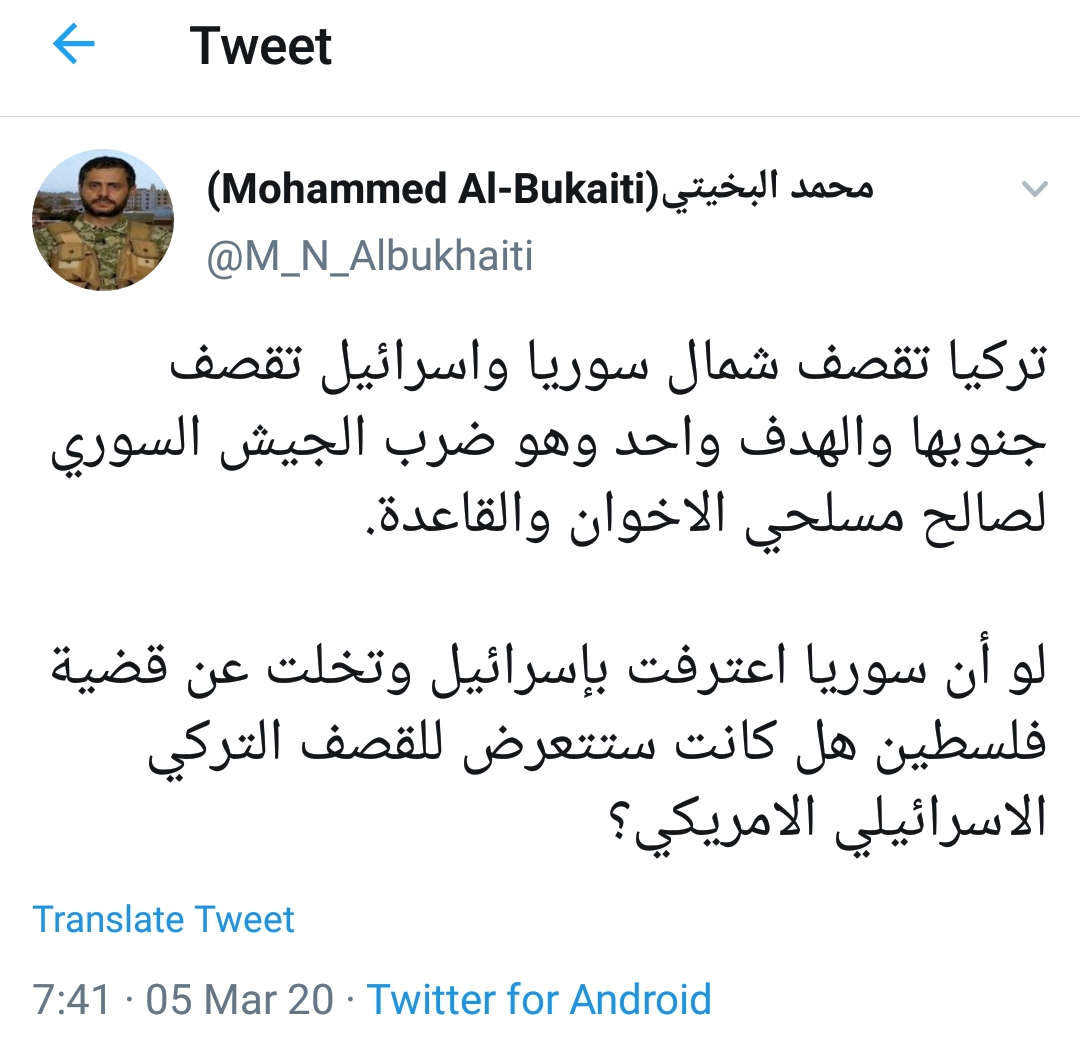 ISWNews Analysis Group: Mohammed al-Bukhaiti, a field commander and member of Ansar Allah’s political office, in a tweet defended Syria against the attacks by Turkey and the Israeli regime.

Bukhaiti said:
“Turkey is bombing northern Syria, and Israel is targeting southern Syria, with one goal: to hit the Syrian army for the benefit of the Muslim Brotherhood and al-Qaeda.
If Syria had recognized Israel and given up on the Palestinian issue, would it have been the target of the bombing of Turkey, Israel and the United States?”

Al-Bukhaiti had earlier criticized Turkey’s policies against Syria and blamed the Muslim Brotherhood for accompanying Turkey.