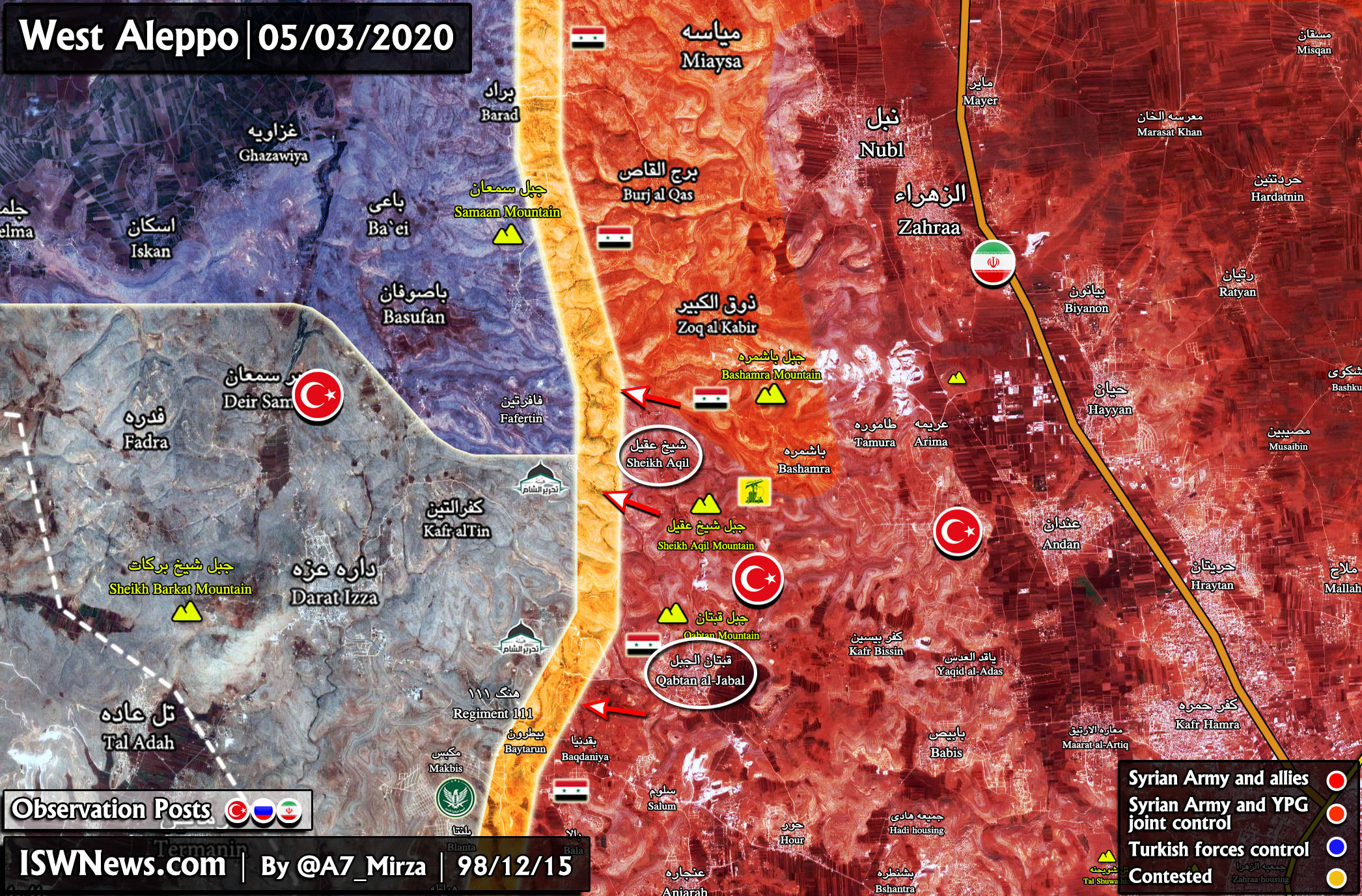 Last night, Turkish-backed terrorists launched an offensive from Darat Izzah against the Syrian army and Resistance forces in Sheikh Aqil and Qabtan al-Jabal, and managed to infiltrate Sheikh Aqil in the early hours. But after 12 hours of heavy fighting, the terrorists were forced to retreat and all the lost points were restored.

In the last night clashes, four Syrian army forces and two Resistance forces from Nubl and Zahraa, were martyred.