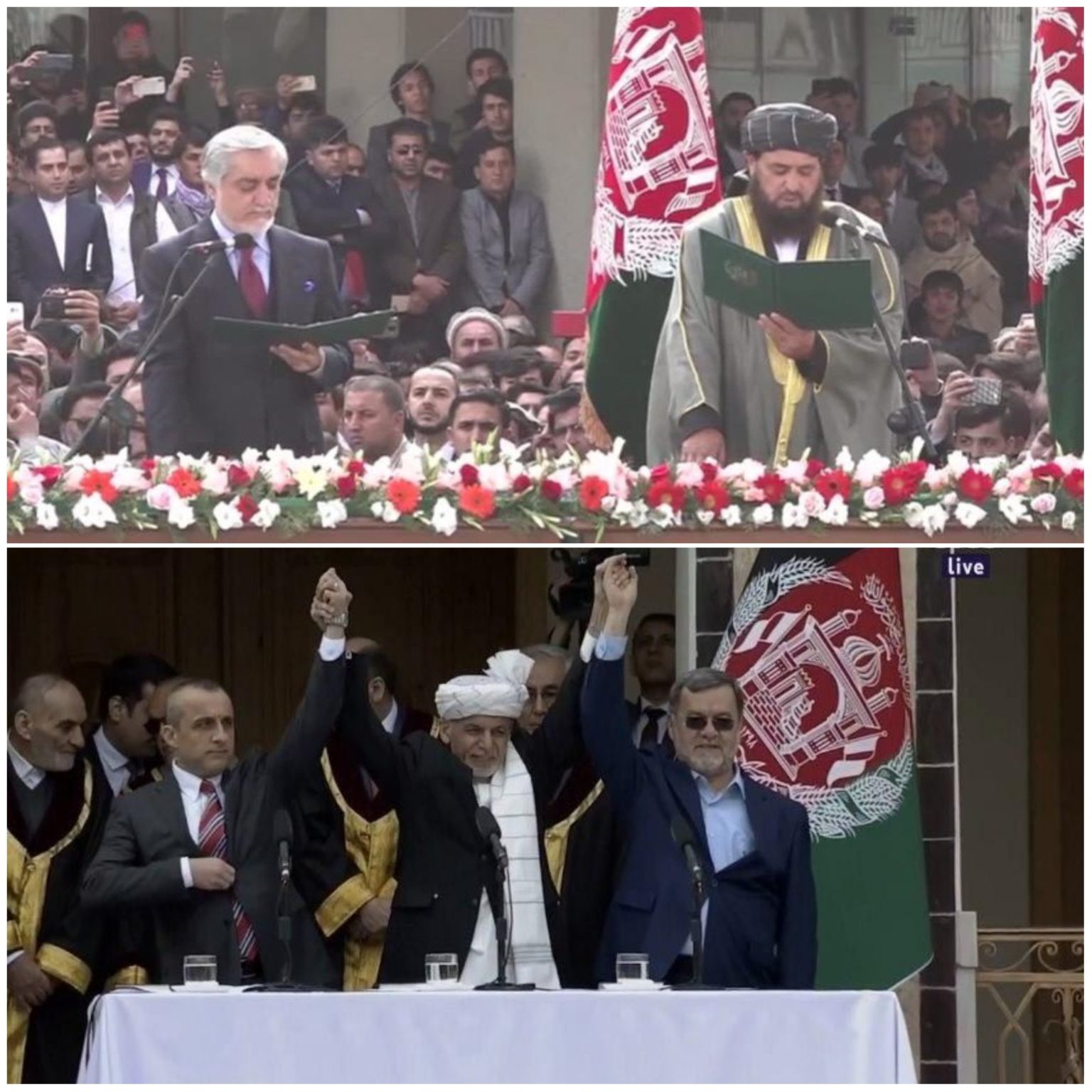 After rejecting US mediation, both Ashraf Ghani and Abdullah Abdullah took the oath of office as the president of Afghanistan on Monday at separate ceremonies at the Presidential Palace and Sepidar Palace.

Abdullah Abdullah, said during his ceremony that if he accepted Ghani’s purported victory it would “be the end of democracy in Afghanistan” and called for renewed talks to break the impasse.