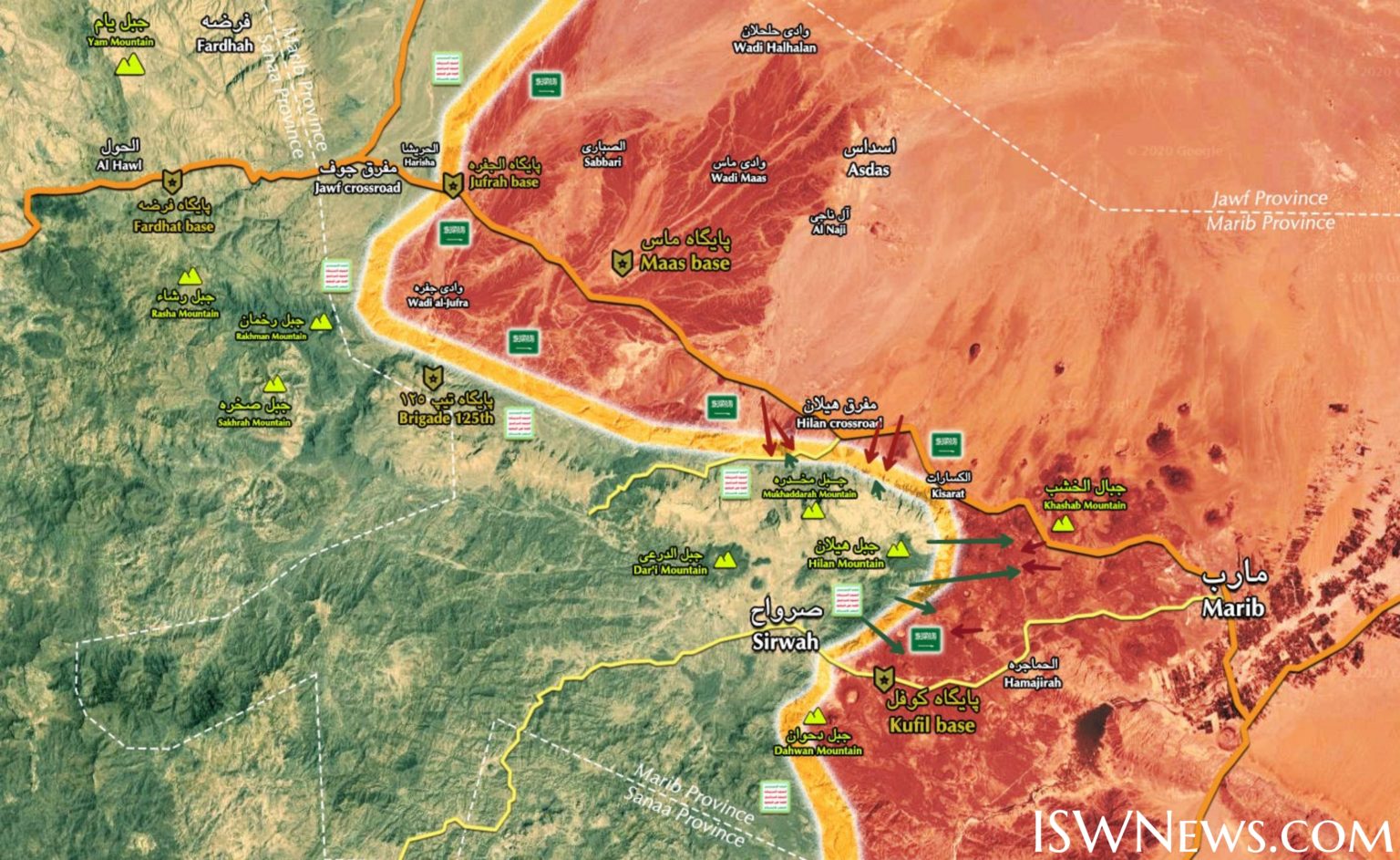 Latest news from the Marib, Aden, al-Jawf and al-Hudaydah fronts

Aden:
– After several days of fighting with Mansour Hadi forces, STC’s Hizam al-Amni forces took control of the Crater district.
The Central Bank and the 20th Brigade headquarters, which were the main battleground in the last few days , are on the crater.

Marib:
– Continuation of clashes between Ansar Allah and Mansour Hadi forces on the northern front of Sirwah. Pro-coalition sources claimed that parts of the al-Mukhdara and Hilan heights are captured by Saudi-led forces; however this news is not correct.
– Ansar Allah has also begun operations on the northeast axis of Sirwah, and no progress has been made in eastern Hilan so far.