The Turkish-Russian fifth joint military patrol on the M4 highway 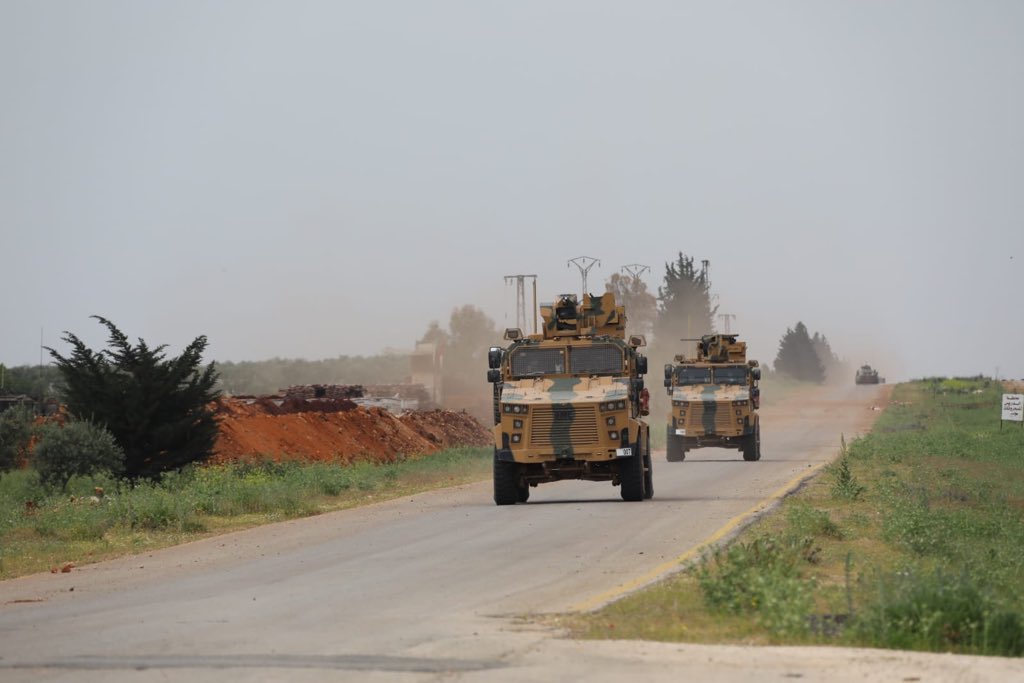 According to the Russian reconciliation center in Syria, the fifth joint Turkish-Russian military patrol was done on Aleppo-Latakia highway (M4) in the west of Saraqib town on April 21th.

So far, all of the Turkish-Russian joint military patrols on the M4 highway have been done in a limited area in the west of Saraqib, and this means non complete implementing of the agreement between two countries.

After signing of the agreement on establishment of a “safe zone” on March 6, terrorists and extremist militants have so far refused to accept it fully and have prevented from its complete implementation along the entire path of M4 highway.