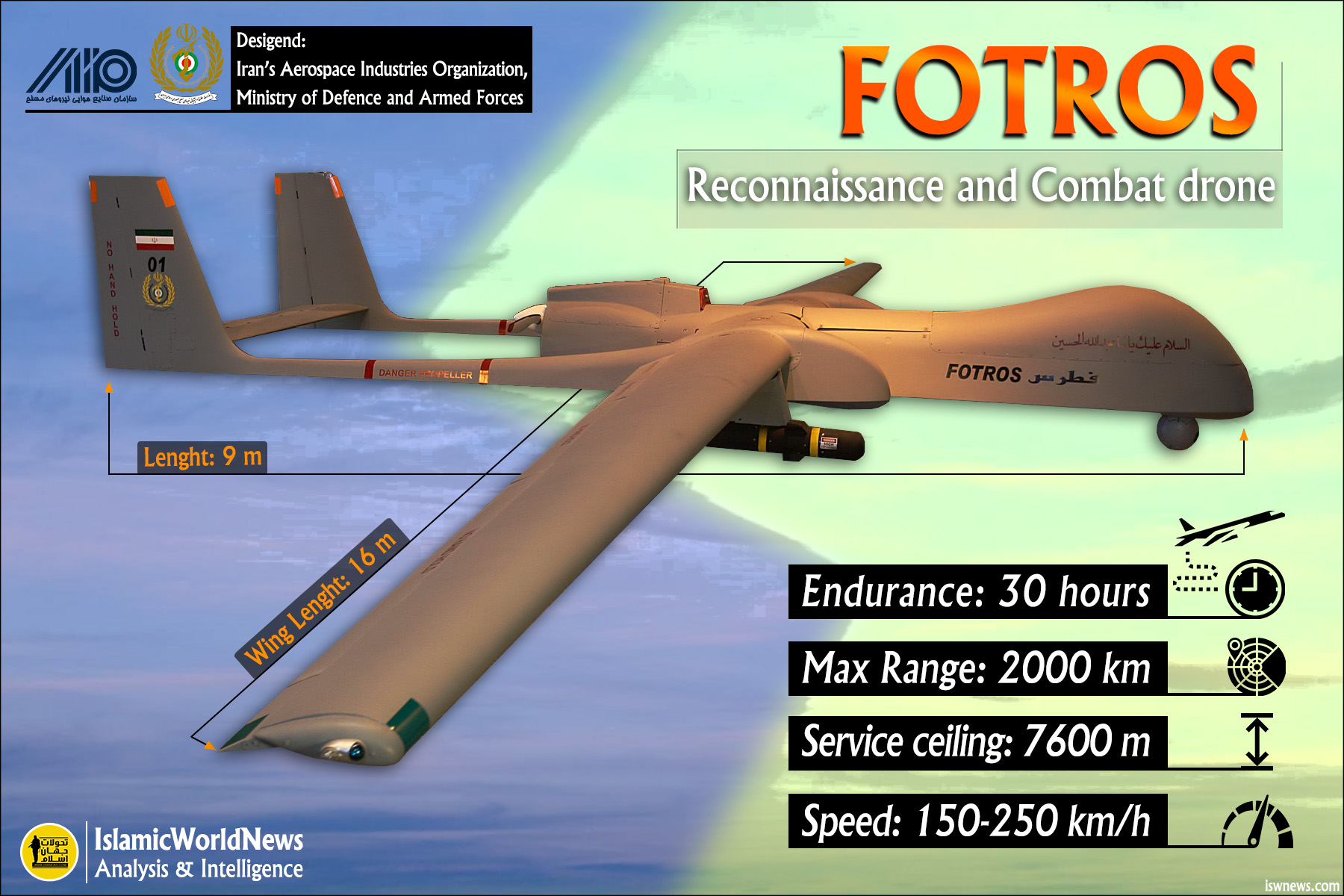 Fotros drone is an Iranian reconnaissance, surveillance and combat unmanned aerial vehicle built by Iran Aviation Industries Organization (under Iranian Defense Ministry), that was unveiled in memorial of liberation the Susangerd with the presence of Gen. Dehghan the former defense minister and Brigadier Gen. Hatami former defense minister deputy, in the defense ministry factories in Isfahan on November 2013.

On 26 April 2019, the IRGC Ground Force’s Drone Division Colonel Akbar Karimloo said his forces will be receiving the Fotros drone from the Defense Ministry in the near future, and said that we are seriously checking the various items and parameters of Fotros drone, and the IRGC Ground Force’s Drone Division has decided to utilize Fotros in operational zones.

So, the IRGC Ground Forces are the first formal customer of the largest Iranian drone.