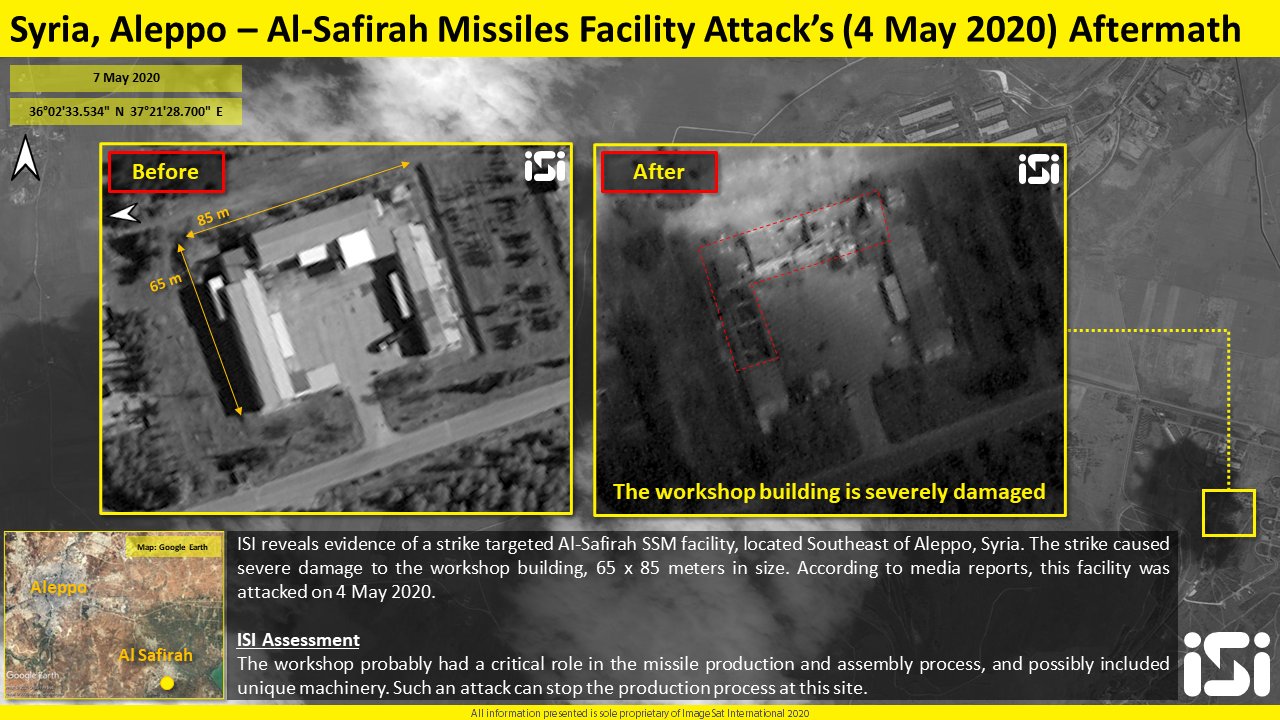 The Israeli ISI company released an image showing the destruction due to Zionist regime warplanes recent attack to Syrian army and resistance forces in al-Safirah town, south of Aleppo.

Zionists claimed that in this attack, which took place on 4 May 2020, Syrian army and resistance forces surface-to-surface missile facilities in al-Safirah town, southeast of Aleppo was targeted and destroyed.
Some sources claimed that Zionist regime warplanes used Jordan’s airspace and al-Tanaf area to get close to Aleppo and launched the attack.