I’m the Prime Minister of the Hard Times! 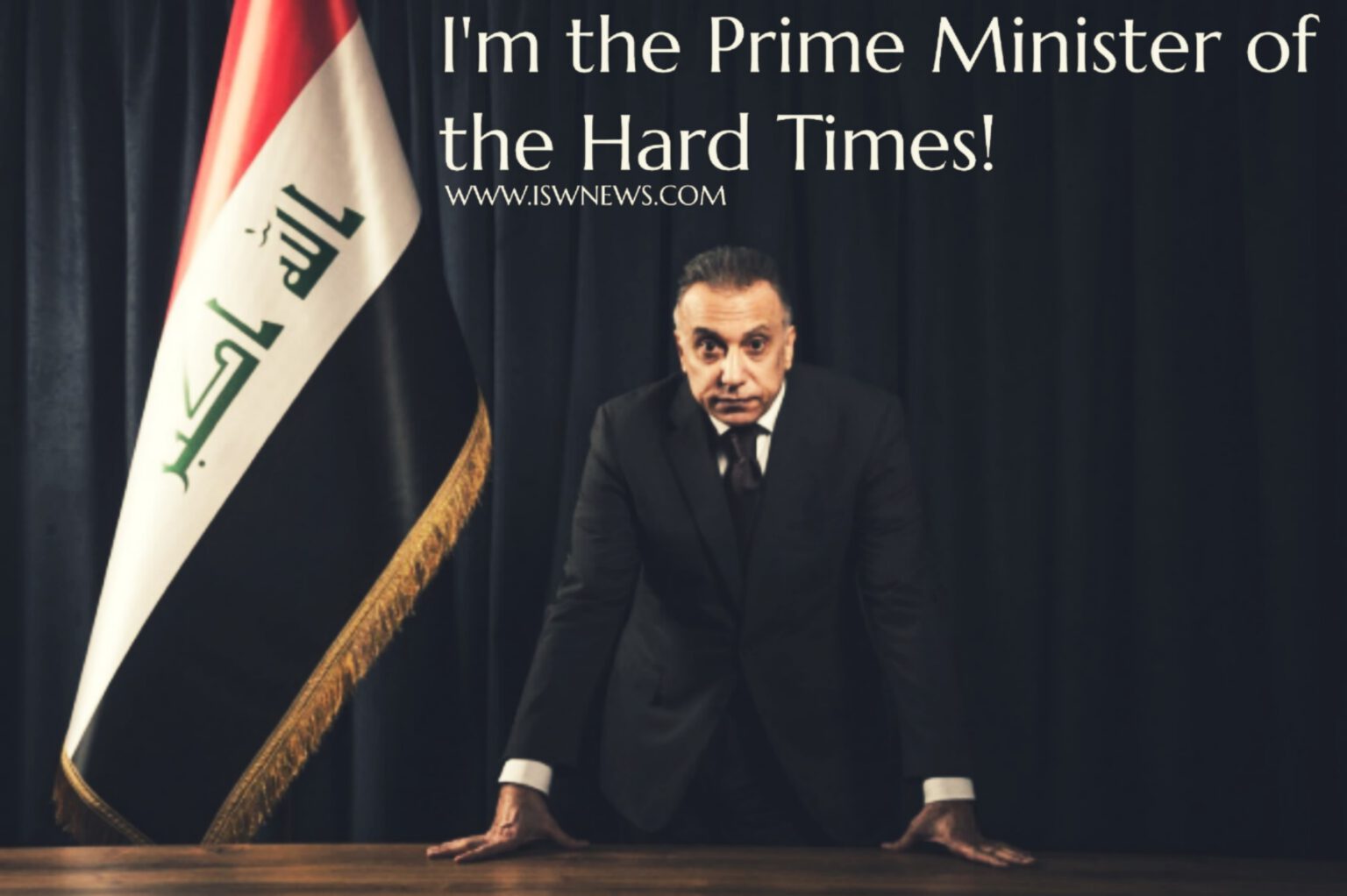 Mustafa al-Kadhimi attracted the attention of most of groups (except parties of State of Law Coalition led by Nouri al-Maliki, al-Wataniah led byAyad Allawi, al-Aghd al-Watani led by Falih Al-Fayyadh, etc.), after extensive consultations with different parties and coalitions.
According to the Iraqi parliament agreement, the parliament early election should held in the spring of 2021 and the major goal of Mustafa al-Kadhimi temporary government should be this issue.
Mustafa al-Kadhimi faces with other problems such as the oil selling, the ISIS returning, the Resistance conflict with the US, the fighting with Corona, attracting the protesters attention, corruption and so on; and solving these problems without the help of influential foreign countries in Iraq, is impossible. In fact, as al-Kadhimi said in the interview with the media, he is the crisis era prime minister and has not magic cane for solving the problems.

So, the future of al-Kadhimi government can be examined in the following cases:

1. The oil war
Saudi Arabia in the recent months, has faced the oil market with a serious problem under the name of the oil war with Russia; and the loss caused by deep drop in oil price, is unbearable for Iraqi oil-based economy. On the other hand, Saudi Arabia with offering low prices to the customers of Iraqi oil like India, has attracted them and has reduced the Iraq selling rate. Therefore, al-Kadhimi has a hard situation in choosing the oil and foreign affairs ministers (their seat is currently empty in his government); Because selling the oil and relations with Saudi Arabia and the customer countries of Iraqi oil, are not the simple work.


2. Dissolution of the Hashd al-Shaabi and disarmament of the Resistance groups:
Some Iraqi groups and figures demand the disarmament of the Resistance groups and the dissolution of the Hashd al-Shaabi; and with coming of al-Kadhimi to power, this demand may become more serious. Due to that Kataib Hezballah is in the top of al-Kadhimi opponents, it doesn’t seem logic that he involve himself in this controversial issue. Unless, the goal of bringing him to power, be the intensifying the conflict between Resistance with US and removing the popular groups of power scene in Iraq.

3. US withdrawal from Iraq:
Despite ratifying of this issue in Iraqi parliament, it seems unlikely that al-Kadhimi has a plan for it. Because he has entered to policy square by US support, and for protecting of their interests, has received and will received privileges.
The US foreign ministry, after the al-Kadhimi government formation, extended Iraq exemption of Iranian energy imports for another 4 months, beside announcing the support of him.

4. Iran’s view on the al-Kadhimi government:
The recent trip of Ali Shamkhani, the Iranian supreme national security council secretary, reflects Iran’s tendency for stability in Iraq. The protests and insecurity in Iraq, has the most damage to Iran among the west Asian countries. Perhaps, the cause of companionship by al-Hikmah and Fath in choosing the al-Kadhimi, be this issue.
The opponent Iraqi groups positions like Kataib Hezballah, is independent and revolutionary, and Iran currently has not any influence in its formation.
The opposition of political groups like Nouri Maliki, Falih al-Fayadh with al-Kadhimi is not due to anti-US belief, the accusations against al-Kadhimi, or Iran’s bilateral position, but is because of political competition.


Surely, the chaos in Iraq will continue with the coming of Mustafa al-Kadhimi interim government to power, and the problem of the corruption and lack of integration in power will remain. Therefore, the interim government of al-Kadhimi should be viewed as a challenging but temporary period, beside the coma of the political protests, that should not ignore the political decisions and the events of this era.