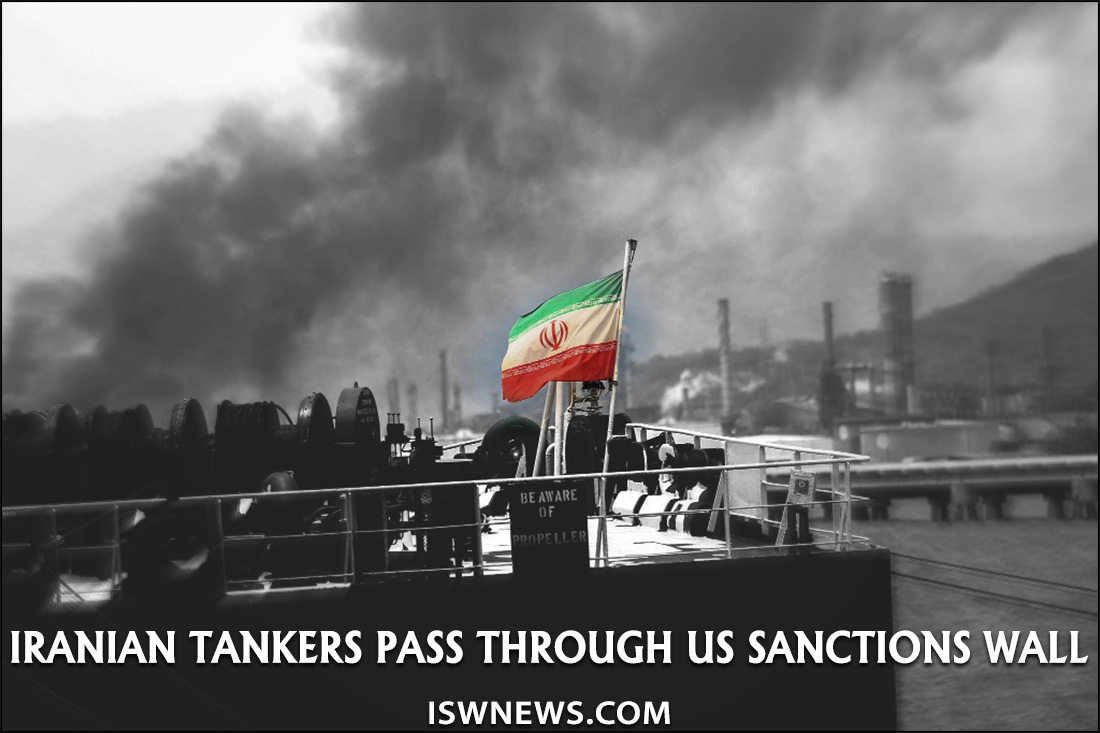 The arrival of Iranian tankers carrying gasoline to Venezuela amid the US threats and cry, in addition to the economic achievements that is in fact made by passing through the US sanctions wall, once again defeated the US empty hegemony especially after Iran’s missile attacks on the Ain al-Assad base.

Venezuela is one of the important countries in Latin America. This country, like other Latin America countries, such as Bolivia and Cuba, had became the backyard of the US for a long time. After presidency of Hugo Chavez, this country became one of the most prominent countries in the field of anti-imperialism, and for this confrontation, allied with other anti-US countries including Iran.
The political, security and economic relations between Iran and Venezuela were exemplary during the time of former president of this oil-rich country. The nationalization of the oil industry and improving the terrible economic situation of the country, was from Chavez most important actions in his presidency period in Venezuela.

Penalty of resistance against the US bullies!

Now, years after Chavez, the Bolivarian people are under the most severe economic sanctions, because of resistance against US policies; so that this oil-rich country can’t supply its fuel, due to the failure of its refineries.
At the beginning of crisis, US tried to make Venezuela as its backyard again through an internal coup by leadership of Juan Guaido, which was also the Venezuelan parliament chief.
The United States, along with Venezuela, also staged a coup in Bolivia, where it was able to succeed due to the weakness of Bolivia’s legitimate president.

The United States in its next step threatened the country with military action, but with the announcement of the readiness of the Venezuelan army against any confrontation, as well as warnings from Iran, Russia and China, the United States failed to succeed at this stage.
But the Achilles heel of Venezuela, was this country’s dependent oil industry. Therefore, the US was able to prevent from meeting the Venezuelan refineries needs, by imposing sanctions on the oil industry of this country. The power plants also failed, due to fuel shortages and technical manipulation.
At this difficult time, it was Iran that has stepped in, as one of the Venezuela’s most important supporters and allies and the most affected country of US sanctions over the past 40 years, and was able to solve some of the problems in power plants and refineries with technical assistance and spare parts and oil products.

Political-Economic achievements of sending fuel and technical aids to Venezuela

The most important action of Iran, was sending of 5 oil tankers and refinery spare parts to Venezuela. The importance of this action, is because of Venezuela blockade and US severe threats to confronting with any assistance to the Venezuelan people.
But the Islamic Republic of Iran was able to stay beside the Venezuelan people in this very difficult situation, by ignoring these threats and bypassing the dollar-based financial system. The economic initiative of Iran and Venezuela in these transactions, using gold instead of dollar and other currencies, was the very brilliant idea that bypassed the US-backed financial system!

Now, Iranian tankers are arriving to Venezuela one after another and the US, with all of its threats, bluffs and warships in the Atlantic Ocean, is only observer of this great deal and it has important achievements and consequences…

1. Economic achievement:
Iran, as a country that has been under severe economic sanctions by the US, has had an opportunity to present its technical and economic abilities for countries in need, such as Venezuela, with receiving the cost, outside the US-controlled financial system. This method, for a country like Iran that has suffered from dollar-dependent dealing for years, is a strong point. Because now it can trade without worrying about blockade of its money. In fact, with this innovation, Iran can now pass from the US sanctions wall.
The exchange of gold isn’t of course unprecedented; In the past years, Russia has used this type of trade with some countries to increase its gold reserves in recent years.

2. Political achievements:
Iran has always recognized as a powerful and committed country among friends and even its enemies. This issue became clear for friend countries in Syria crisis.
Iran’s support for Venezuela in the most difficult situation, despite US threats, shows that the Islamic Republic is reliable, unlike the United States. The US who left the Syrian Kurds which are the US main allies in Syria, in their difficult situation against the Turkey invasion just because of economic interests, is a clear example of US commitment and loyalty!

3. The failure of American hegemony for several times:
After the Islamic Republic of Iran heavy blow to the US by missile attacks on Ain al-Assad base in response to assassination of Martyr Haj Qasem Soleimani, the US noticed that Iran is so serious in protecting its interests and dignity, and if he threatens, he will act.
Therefore, despite its threats for confronting with Iranian tankers and sending warships to the region, after receiving the warning from Iran, the US remained passive and once again the US empty hegemony have broke against the power of the Islamic Republic of Iran.

4. Club of Sanctioned!
Venezuela and Iran are among the most influential countries in the oil bloc. Thus, trading the two countries with gold instead of the dollar could lead to the formation of a bloc of US-sanctioned countries, including Russia, China, Iran, Cuba, North Korea and Venezuela, to trade in gold and non-dollar currencies.