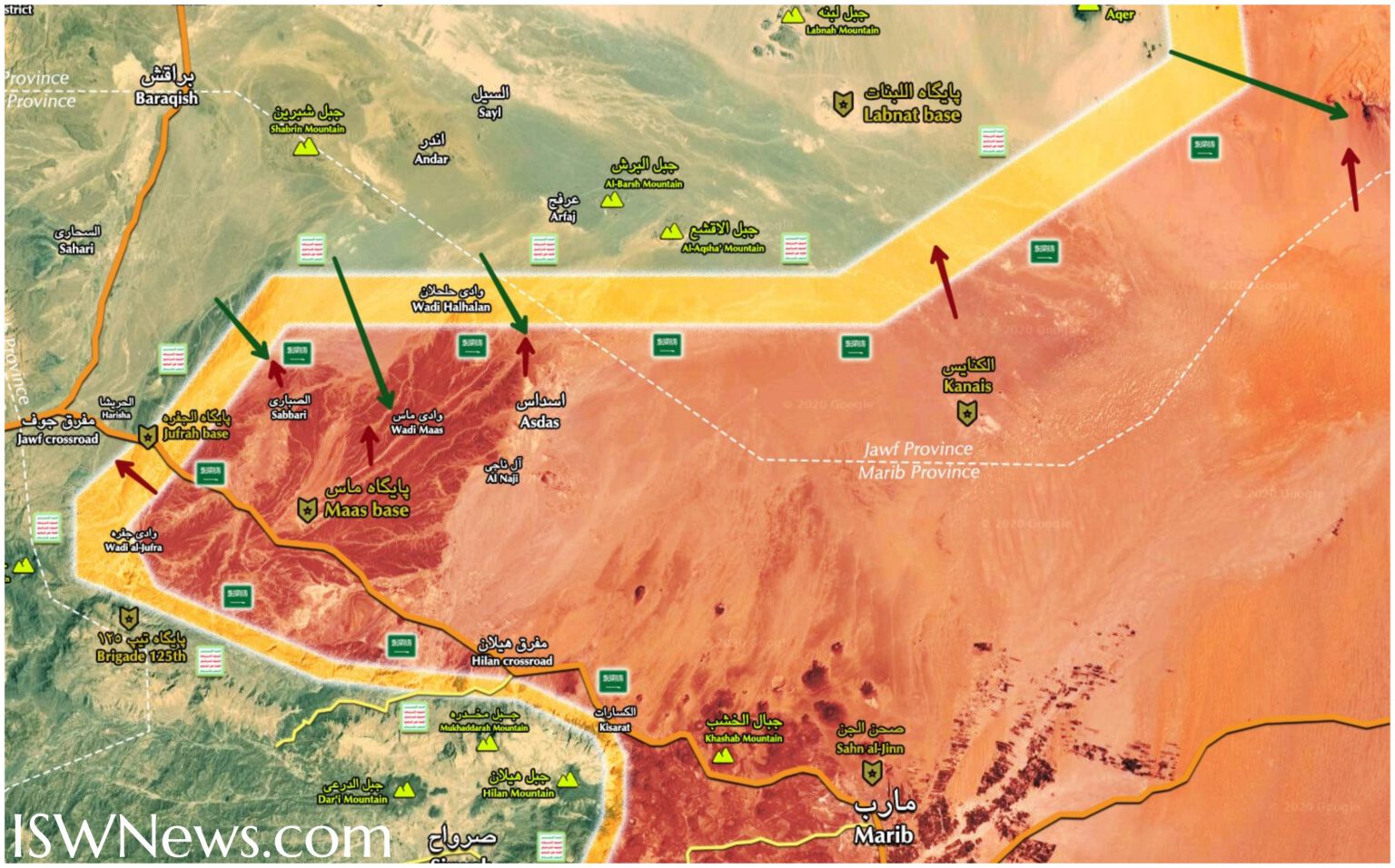 Latest news from the Yemeni fronlines

3. Marib:
– Ansar Allah launched new attacks in north of Raghwan district which forced Saudi coalition forces to retreat from Alaq heights. The advances are not stable yet.
– No new change in the battle between Ansar Allah and Saudi coalition in axes Jufrah and Alam al-Abyadh, east of Labanat base.

5. Shabwah:
Some media close to resigned government of Mansoor Hadi reported of al Qaeda preparing to attack Azan town, south of the province under support of UAE.