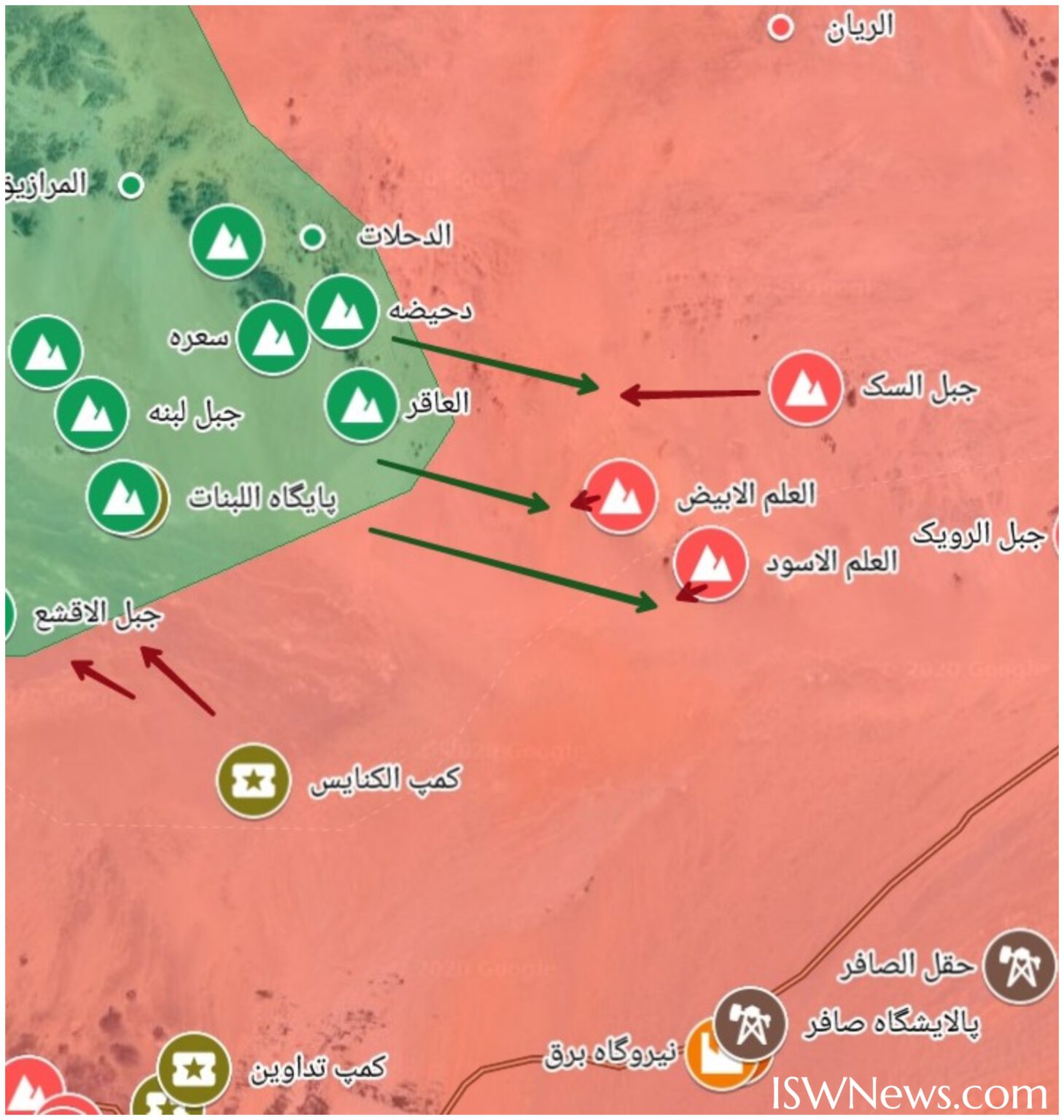 ISWNews Analysis Group: Ansar Allah and popular committees launched a new wave of attacks against the Saudi-led coalition forces in north and west of Marib province.

Ansar Allah has not advanced significantly in the Marib front so far and their purpose of asymmetric warfare is to drain the coalition strength in Marib. Threatening Safer oil field, Marib-Sanaa road and Maas base are goals of Ansar Allah to take a lot of Saudi coalition strength.