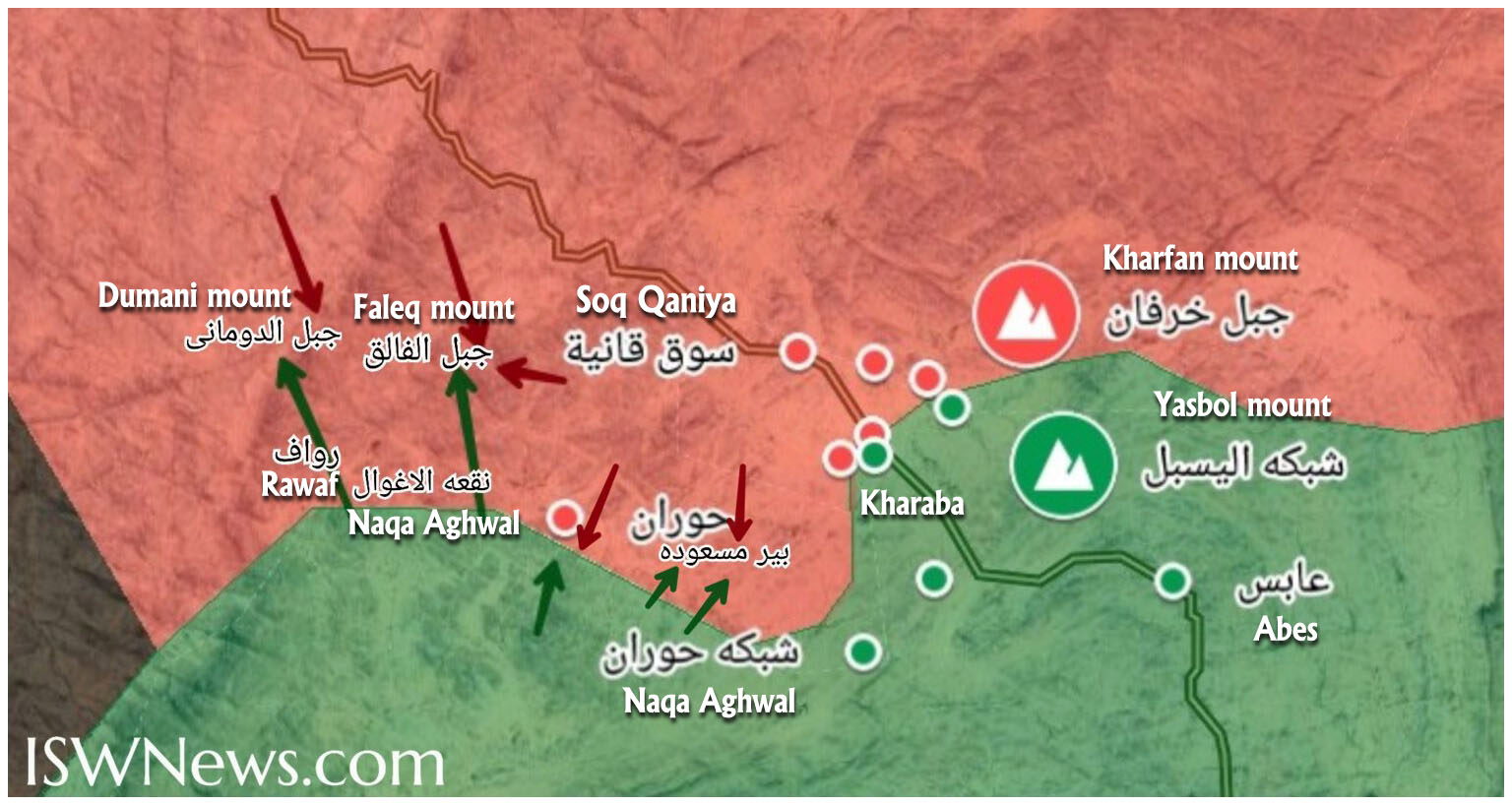 ISWNews Analysis Group: Following the clashes between Ansar Allah and Saudi-led coalition forces in northern al-Baydha, Ansar Allah managed to advance north of the Radman district and enter the territory of the Marib province.

According to our field sources, Ansar Allah has managed to liberate the Naqa’h al-Aghwal and Rawaf areas, and clashes continue in Jabal al-Faleq, Jabal al-Dumani and Ber Mas’audah.

Al-Faleq and al-Dumani heights are located in the province of Ma’rib and their liberation facilitates the process of clearing the Soq Qaniya road.

The Saudi coalition command has sent Mansour Hadi forces with the help of Yaser al-Awadhi forces to reinforce the frontlines, and the Saudi-led coalition warplanes have also bombed the area more than 10 times.