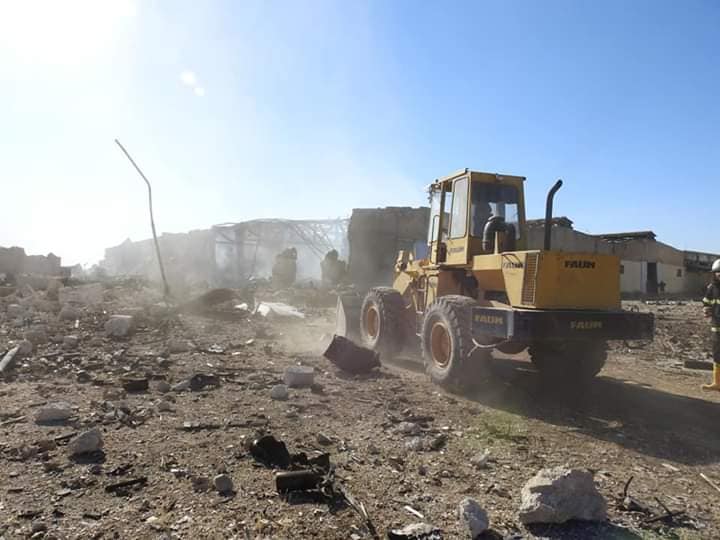 ISWNews Analysis Group: In the early hours of June 24, the Israeli warplanes launched extensive missile attacks on some military points in the eastern province of Hama.

The attack targeted areas such as the onion factory near Salamiyah, the cultural center in Sabourah, the forage factory near Aqarib and a military post near Ithiria. However, these attacks did not cause any casualties.

Hours before the attack on Hama province, other areas in central Syria near Sukhna and in southern Syria near Suwayda were targeted by Israeli missiles, in which two Syrian soldiers were killed.

The Israel attack, which targeted positions in four different Syrian provinces, was among the largest this year.