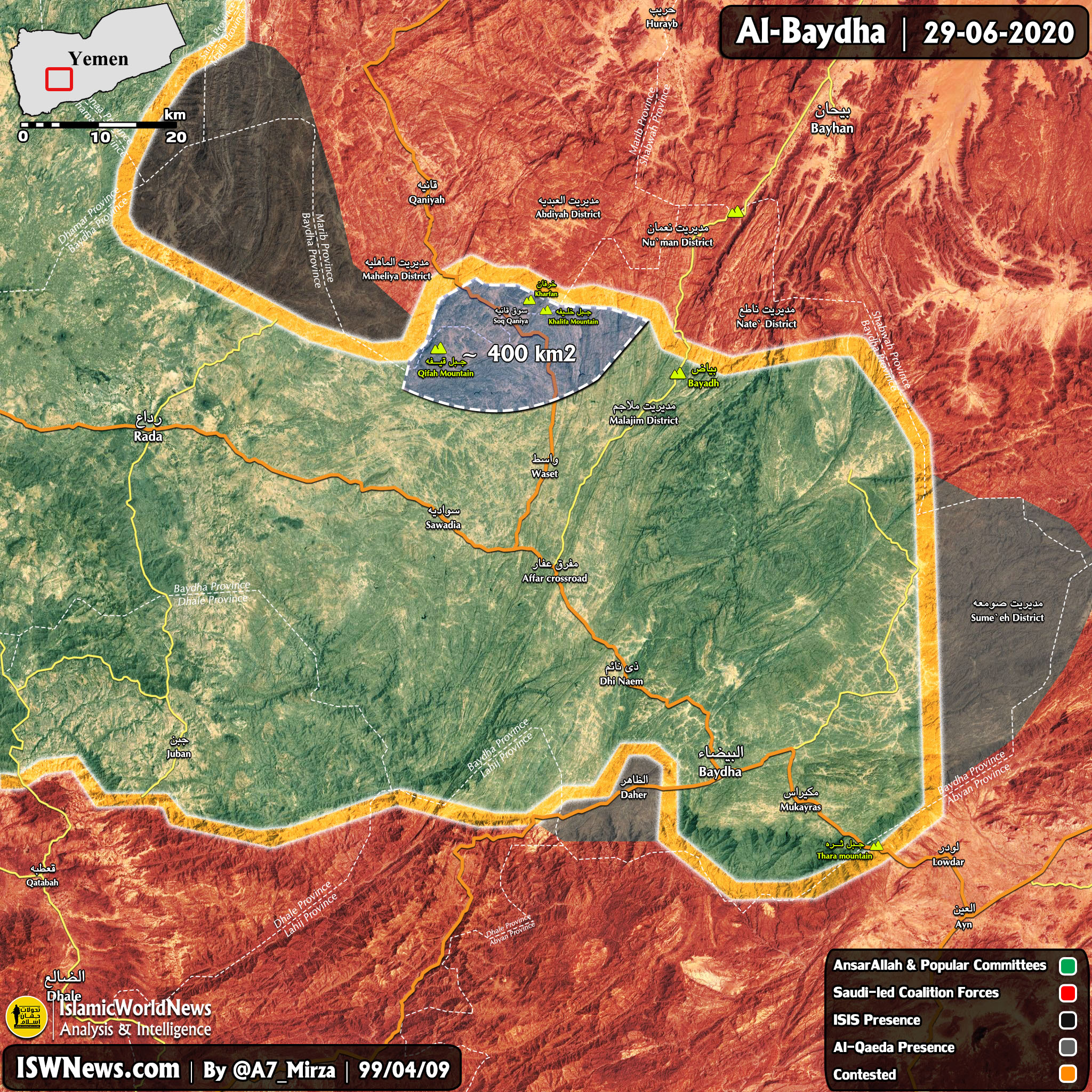 Yahya al-Sari’, Yemeni armed forces spokesperson, said in press conference that an area of near 400 km2 in north of Baydha and south of Marib provinces were liberated from Saudi coalition.

Saudi coalition warplanes, on their daily air strikes against Yemen, bombed north of Baydha and south of Marib 24 times in the last two days which did not stop Ansar Allah from advancing. Conflicts in Soq Qaniyah-Qaniyah road and south of Abdiyah district heights right now.