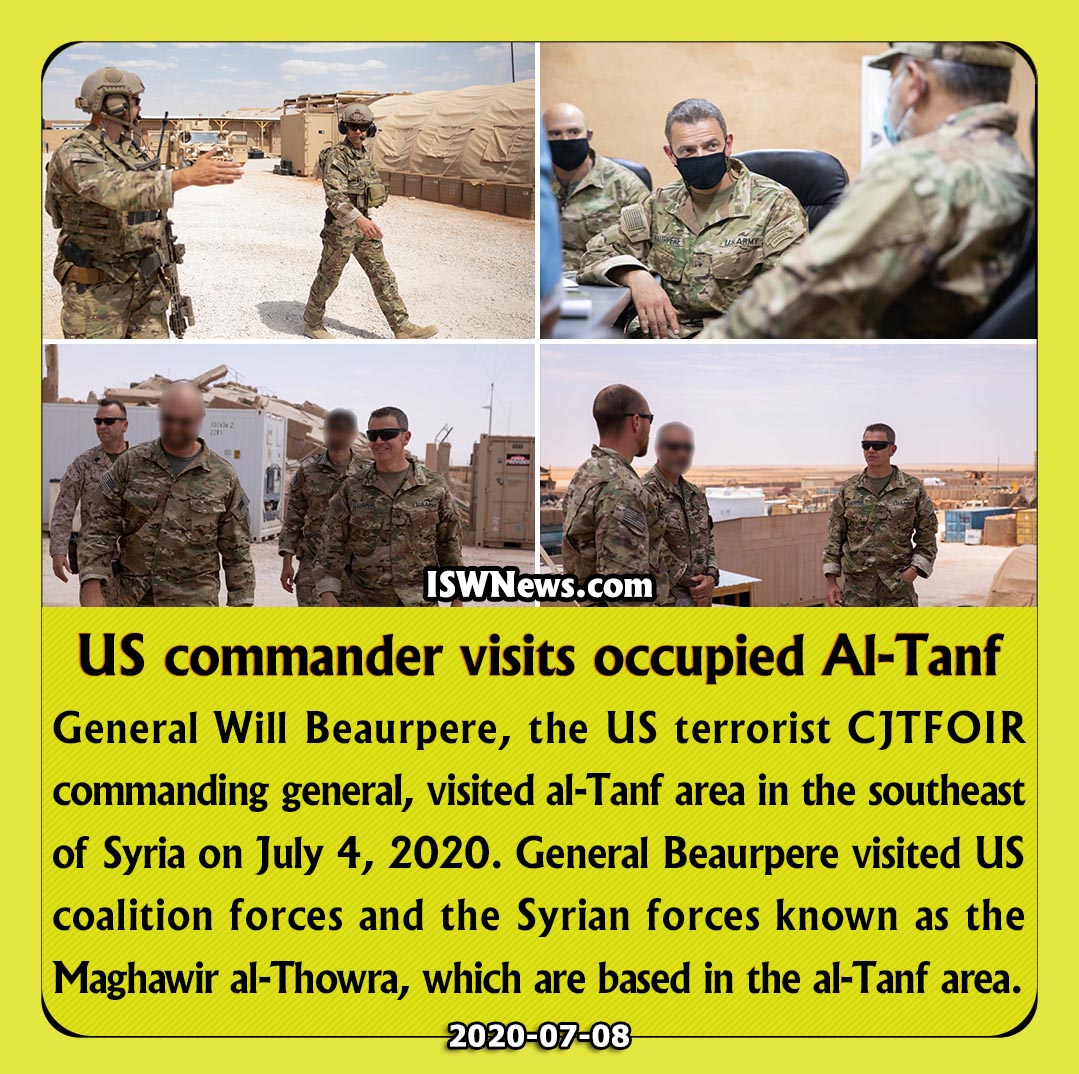 General Beaurpere visited US coalition forces and the Syrian forces known as the Maghawir al-Thowra, which are based in the al-Tanf area.

The al-Tanf area has been occupied by US forces for years, and contrary to what the US forces claim about their presence in the area, the area has become a safe haven for ISIS forces, and Syrian army and Iraqi resistance forces are not allowed to approach the 55 kilometer radius of the area.