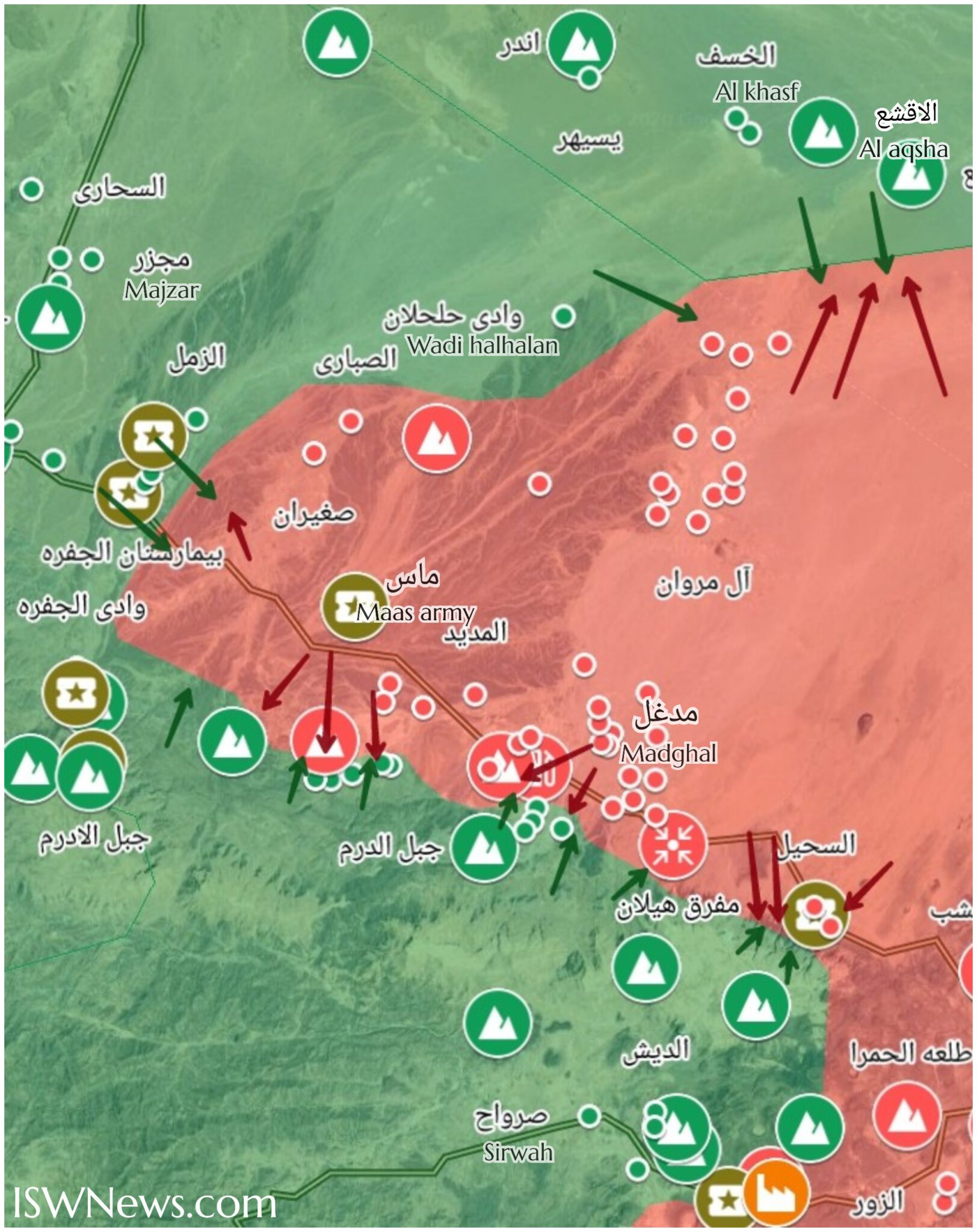 In west of Marib front there are news that Ansar Allah retreated from Kassara area. Ansar Allah never controlled the area to retreat from it.

In south and west of Maas base front Ansar Allah’s attacks halted and we expect imminent vast attack by Ansar Allah due to numerous forces deployed by Ansar Allah and allied tribes.

Abu Ali Hakim, head of Ansar Allah intelligence service, reported of imminent operation to liberate Marib city.
Saudi coalition tried to weaken Ansar Allah and prevent their attacks by heavy air raids (57 times in two days) which were mainly unsuccessful due to awareness of Ansar Allah and allied tribes. There is a hot summer waiting for Saudis and Muslim Brotherhoods.