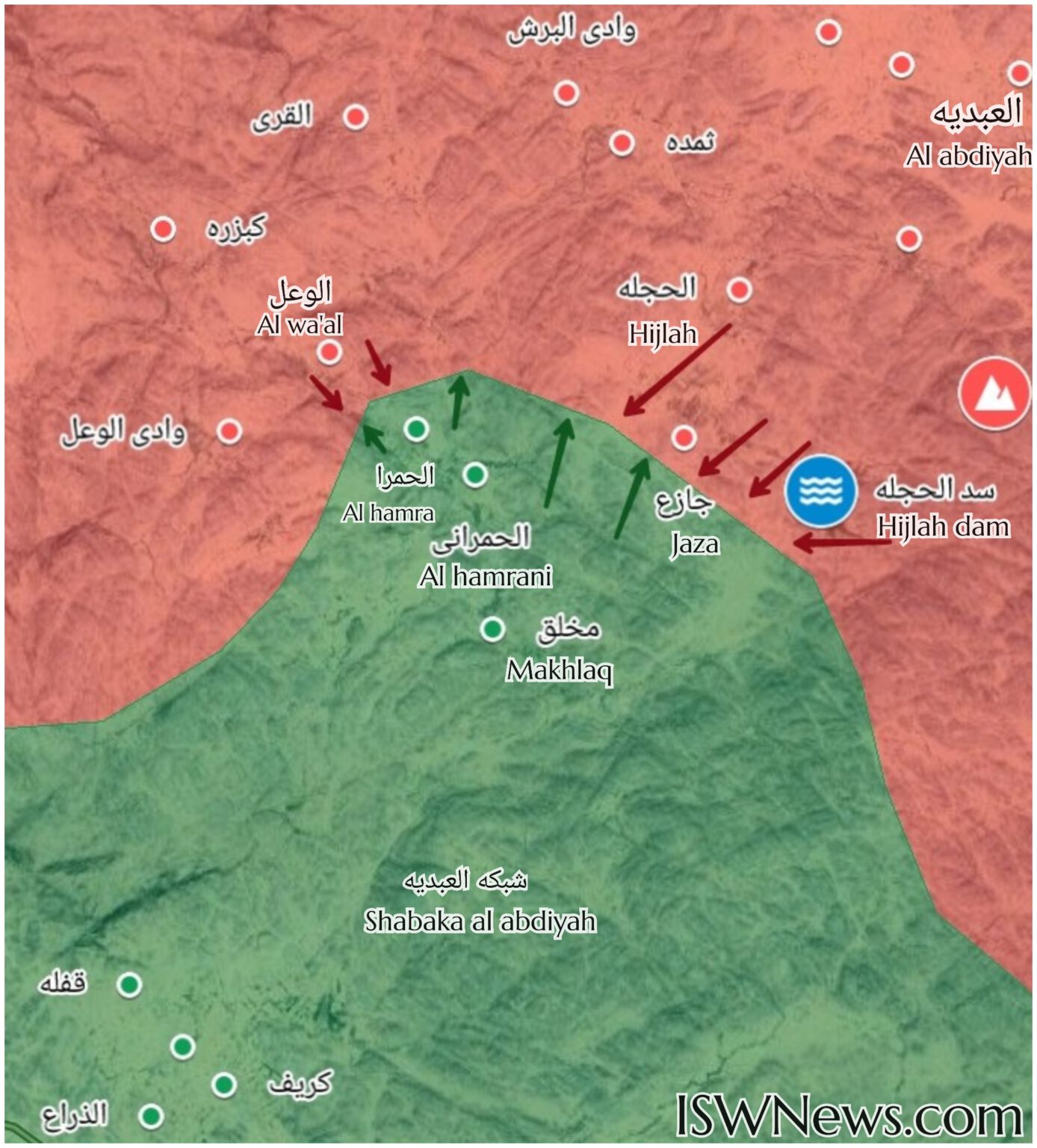 According to the latest news from the clashes in the south of Marib and the al-Abdiyah district front, Ansar Allah and popular committees has retreated from the Jaze’ area and the al-Hajla dam and these areas are under the Saudi coalition control.

This video is related to the clashes of the al-Abdiyah area located in the south of the Makhlaq region and has distance with the current clashes lines.
Also, the al-Abdiyah district that is located in the south of Marib province, has no land or operational connection with the Marib-Sanaa road, and some media have connected the clashes on this axis to the axis in west of Marib, by mistake.

The most effective strategy of Ansar Allah for pushing the Saudi coalition back from the Marib, is the attack and advancement in three directions: west, south and north of this province; that this issue has been seriously in recent days pursued only on the southern front of Marib.