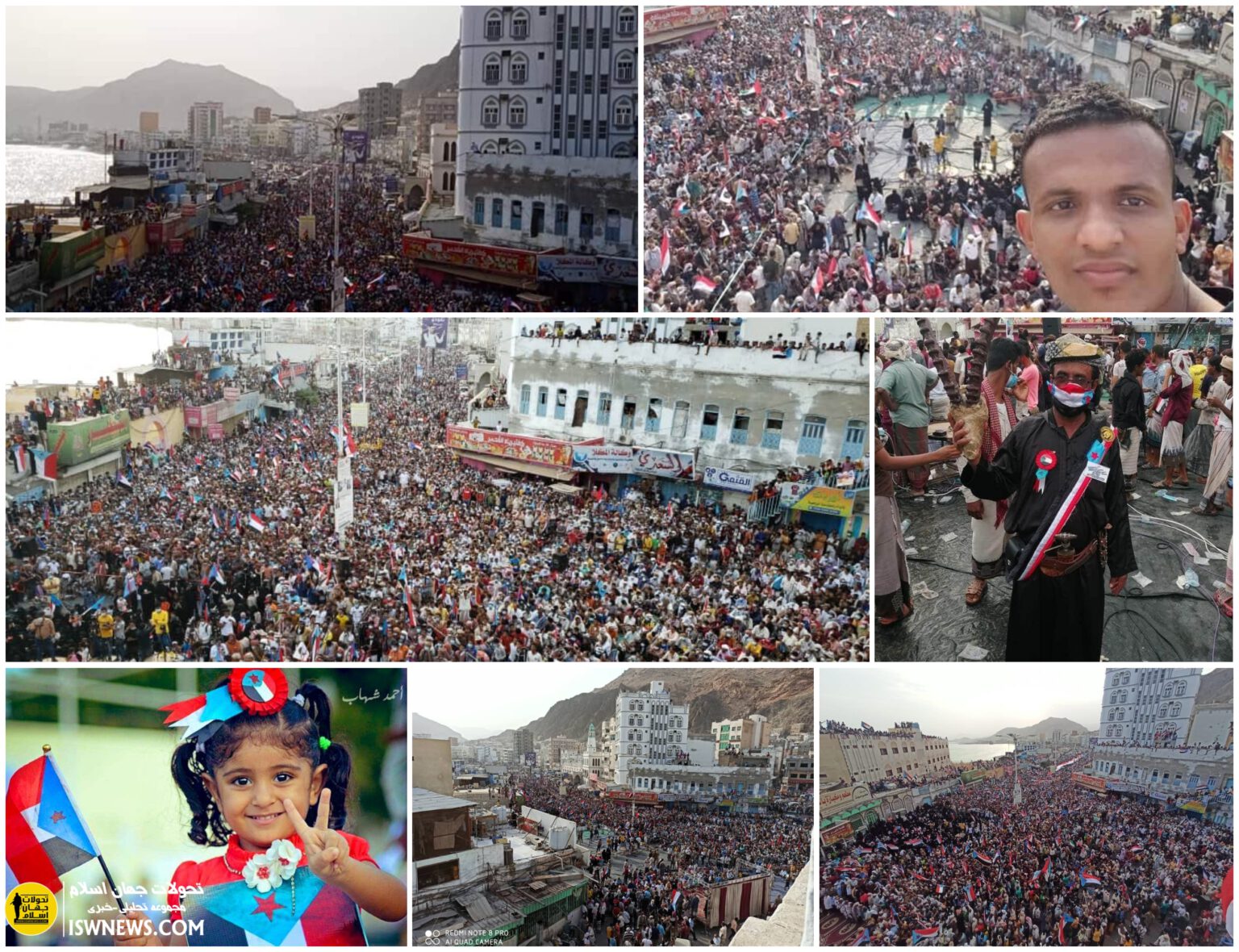 ISWNews Analysis Group: Yesterday, the city of Al-Mukalla witnessed widespread demonstrations against the resigned government of Mansour Hadi in support of the Southern Transitional Council.

The coastal city of al-Mukalla is the capital of Hadhramaut province, located on the southeastern coast of Yemen and has long been an important and popular base for southern Yemen. Some analysts call al-Mukalla the most important city in Yemen after Sanaa and Aden.