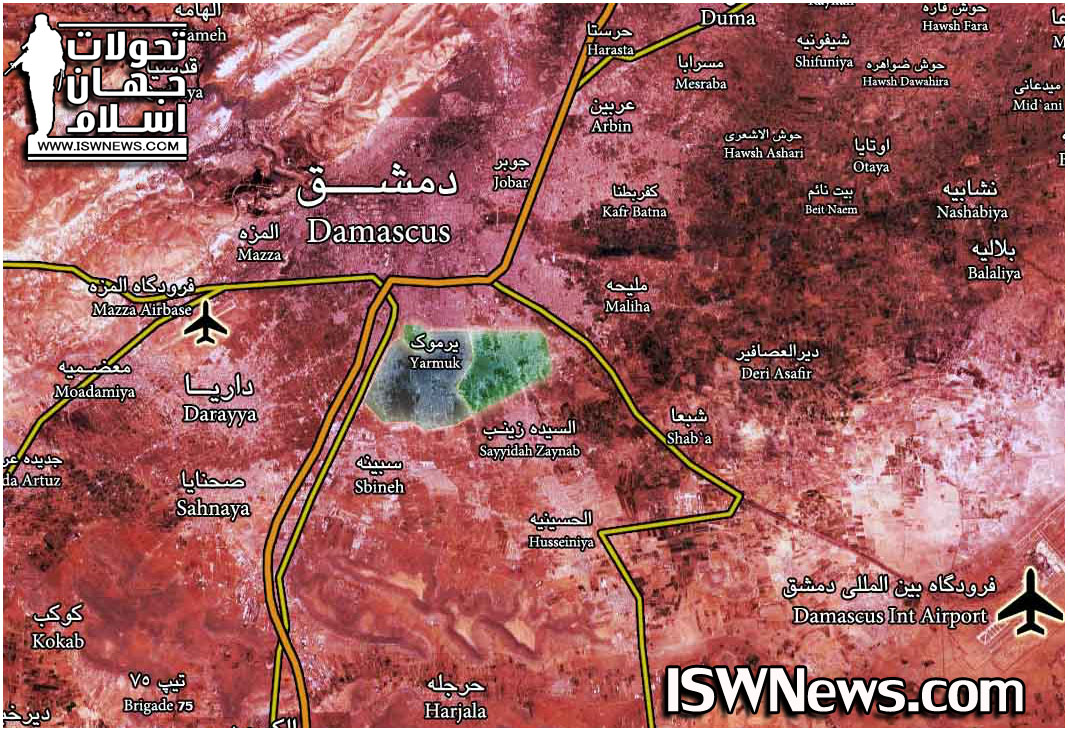 Islamic World News Analysis Group: From the afternoon the Syrian army targeted ISIS positions in the Yarmouk camp and Hajar-Aswad in southern Damascus with artillery and air attacks.

As the experts anticipated, After liberation of the Eastern Ghouta of Damascus, the Syrian army’s operation reached to ISIS terrorists.

Recently, There was news about the Syrian army’s preparations for clearing the south of Damascus.

Eventually, from today afternoon, the areas of Hajar al-Aswad and Yarmouk camp came under heavy attacks by artillery and Jet fighters.