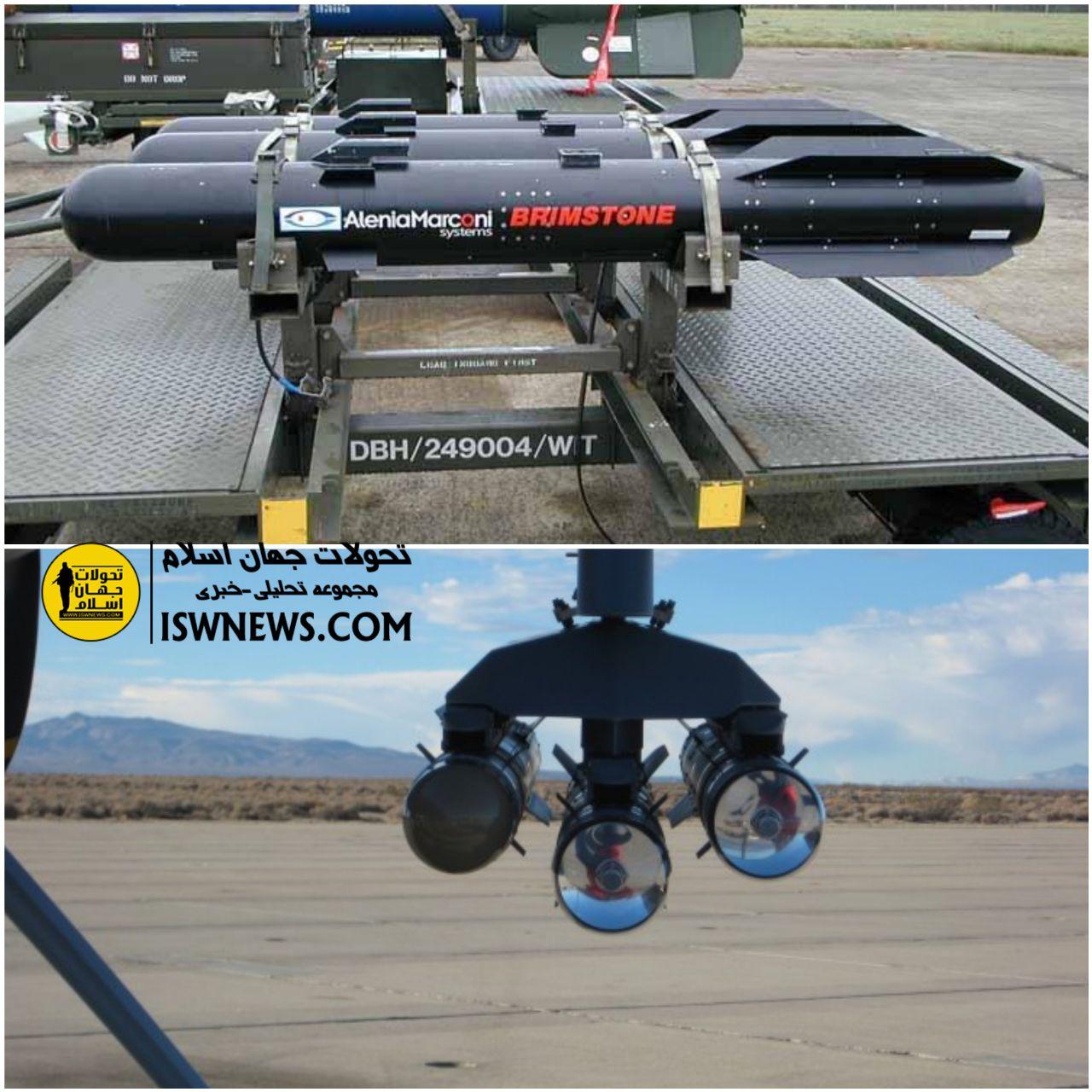 The Brimstone Missile is an advanced radar-guided weapon which is derived from the US Army Hellfire AGM-114F missile and is deployed in RAF service on a pylon-mounted launching rack that contains three missiles.

The weapon flies at low level, using its on-board navigation systems to head for the target and searching, using its radar, to distinguish between valid and non-valid targets.

Brimstone can be programmed to start searching only in target areas, limiting risks to friendly forces.
It is powered by a rocket motor and can seek and destroy targets at long range. Ground acquisition and target recognition are achieved by a millimetric wave radar seeker.

The weapon locks onto a target after launch and is designed for the attack and destruction of armoured targets.
Steerable fins guide the missile towards the target with final impact causing a tandem charge warhead to detonate.

The first, smaller warhead nullifies reactive armour, allowing the follow-through charge to penetrate the main armour. It is designed to be carried by the Tornado GR4 and Typhoon F2.

The weapon can be used in Indirect and Direct modes. For Indirect attack weapons are launched when the targets and their position are not visible to the attacking aircraft. In Direct mode the pilot can use an on-board sighting system to select the target, which can lie off the aircraft’s track, so that pilots do not need to manoeuvrer to release weapons.