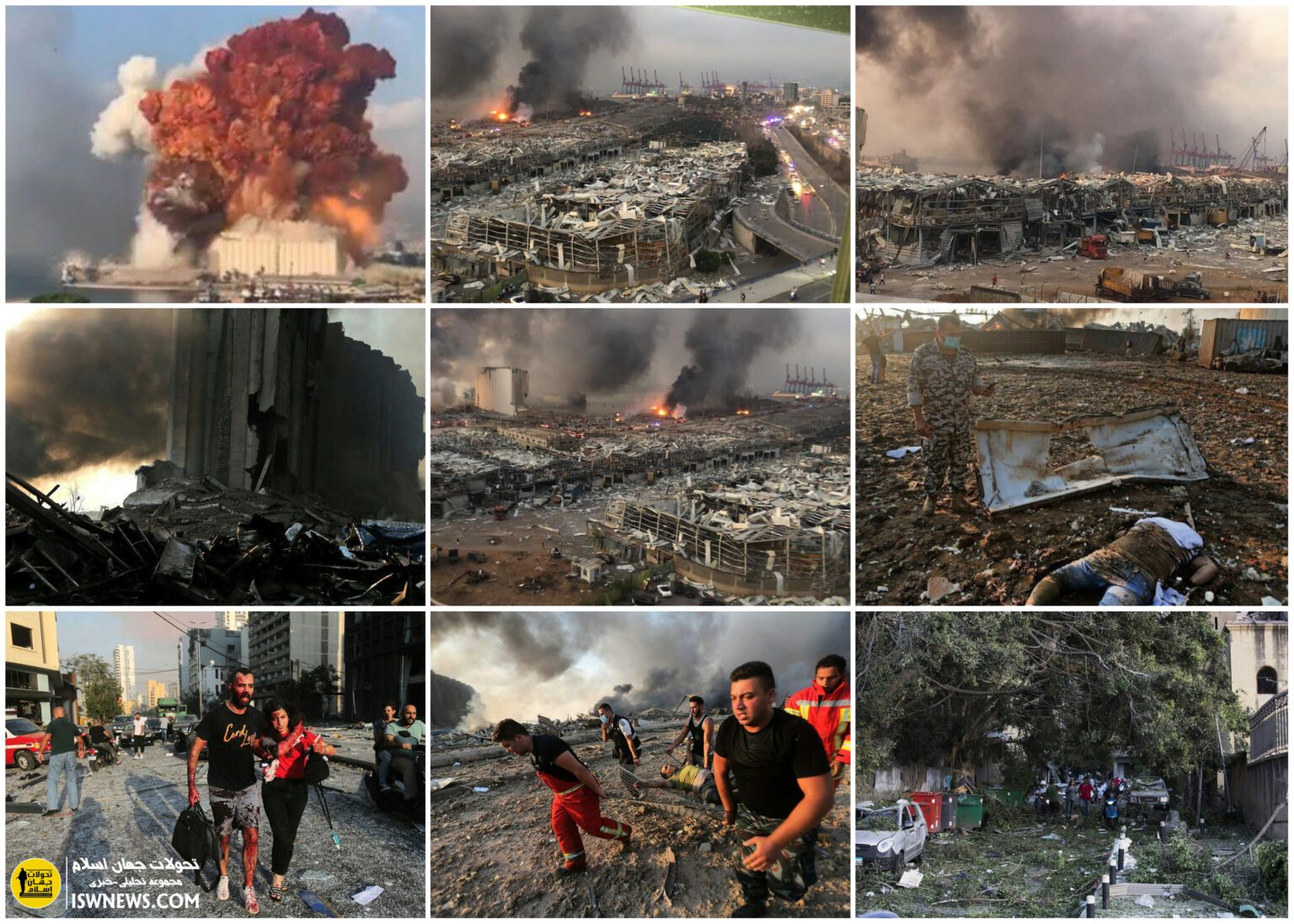 ISWNews Analysis Group: A huge explosion in the port of Beirut this evening caused widespread damages and casualties in the Lebanese capital.

According to the latest statements of the Lebanese officials, this explosion was not a terrorist attack and it was caused by the explosion of large quantities of fireworks for the occasions.
The director general of the Lebanese customs administration also said that several tons of nitrate explosives had exploded in the port of Beirut.

Following the explosion, Israeli officials denied any involvement in the incident.

The extent of the damage and casualties in the blast is unknown at this time, and Lebanese sources have reported extensive damage to the port of Beirut, the dire condition of hospitals, and the widespread deployment of military and medical forces to Beirut.

Update:
– According to the latest statistics, more than 80 people have been died and 4,000 injured in the blast.
– The Lebanese Supreme Council of Defense has called for the formation of a committee to investigate the cause of the explosions and present the results in the next five days.
– The Supreme Council of Defense declared the presence of 2750 tons of ammonium in the port of Beirut unacceptable.
– A state of emergency has been declared in Lebanon for two weeks.
– Three days of public mourning have been declared in Lebanon following the blast.