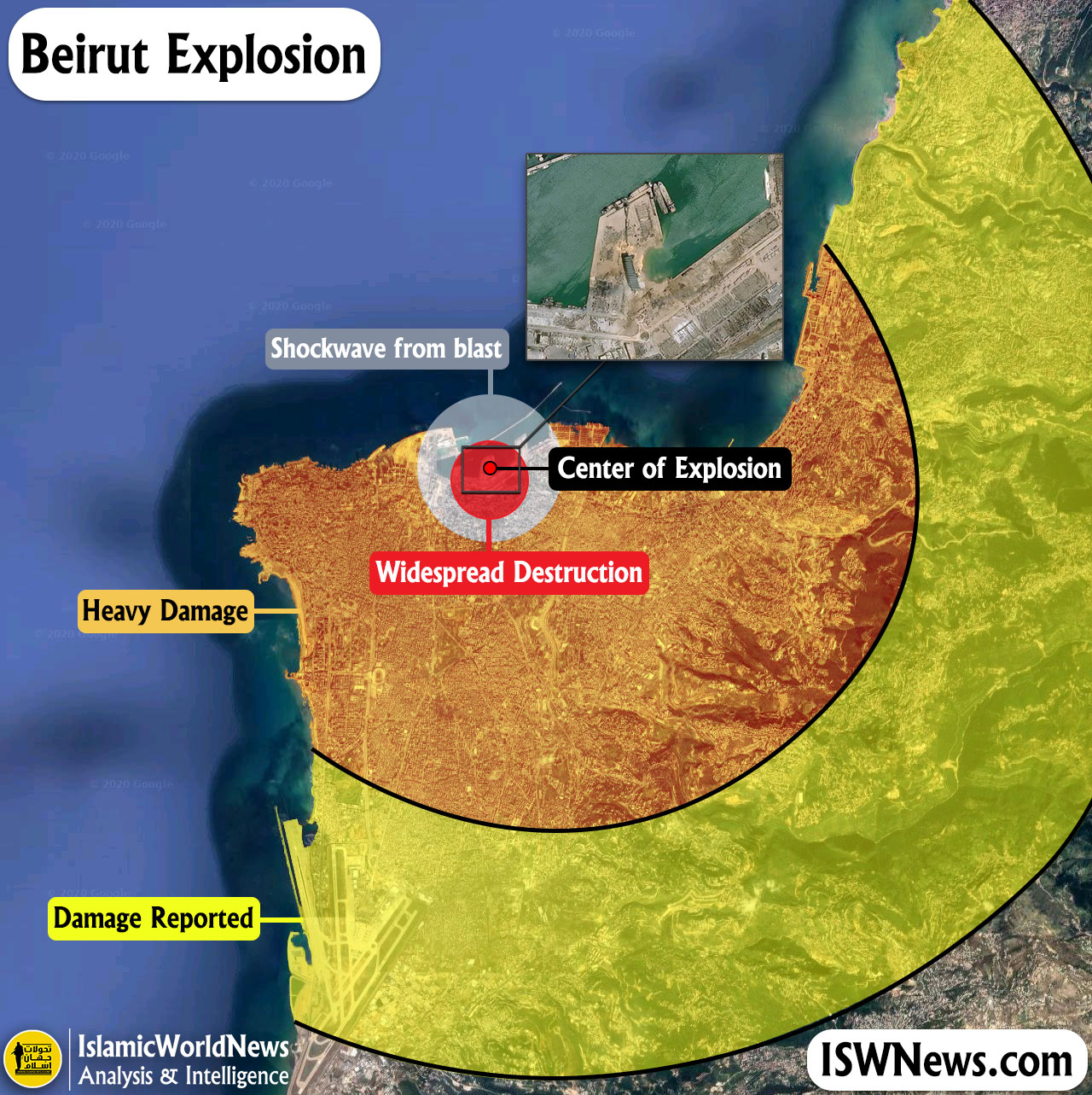 ISWNews Analysis Group: According to the latest information released by the Lebanese Ministry of Health, 158 people have been died and more than 6,000 injured in the explosion at the port of Beirut.

The Lebanese Ministry of Health also stated that the number of people who have not been found so far is 21 and that efforts are underway to search for these people among the rubble caused by the explosion.

Hassan Diab, Lebanese Prime Minister said in his latest comment on the Beirut explosion that corruption and mismanagement led to the disaster in the port of Beirut. Lebanon is facing a catastrophe beyond its capabilities, he said.
He also stated that in order to get out of the current problems, he will submit a bill for holding early parliamentary elections to the government.

The damage to Beirut is estimated around $ 15 billion, and given Lebanon’s turbulent political situation and weak economy, this amount of damage is beyond the country’s capabilities.

In addition to the Lebanese citizens died in the Beirut blast, citizens of other countries were also died in the incident. The Philippine Foreign Ministry says six Filipinos have been died and 31 injured in an explosion in Beirut.