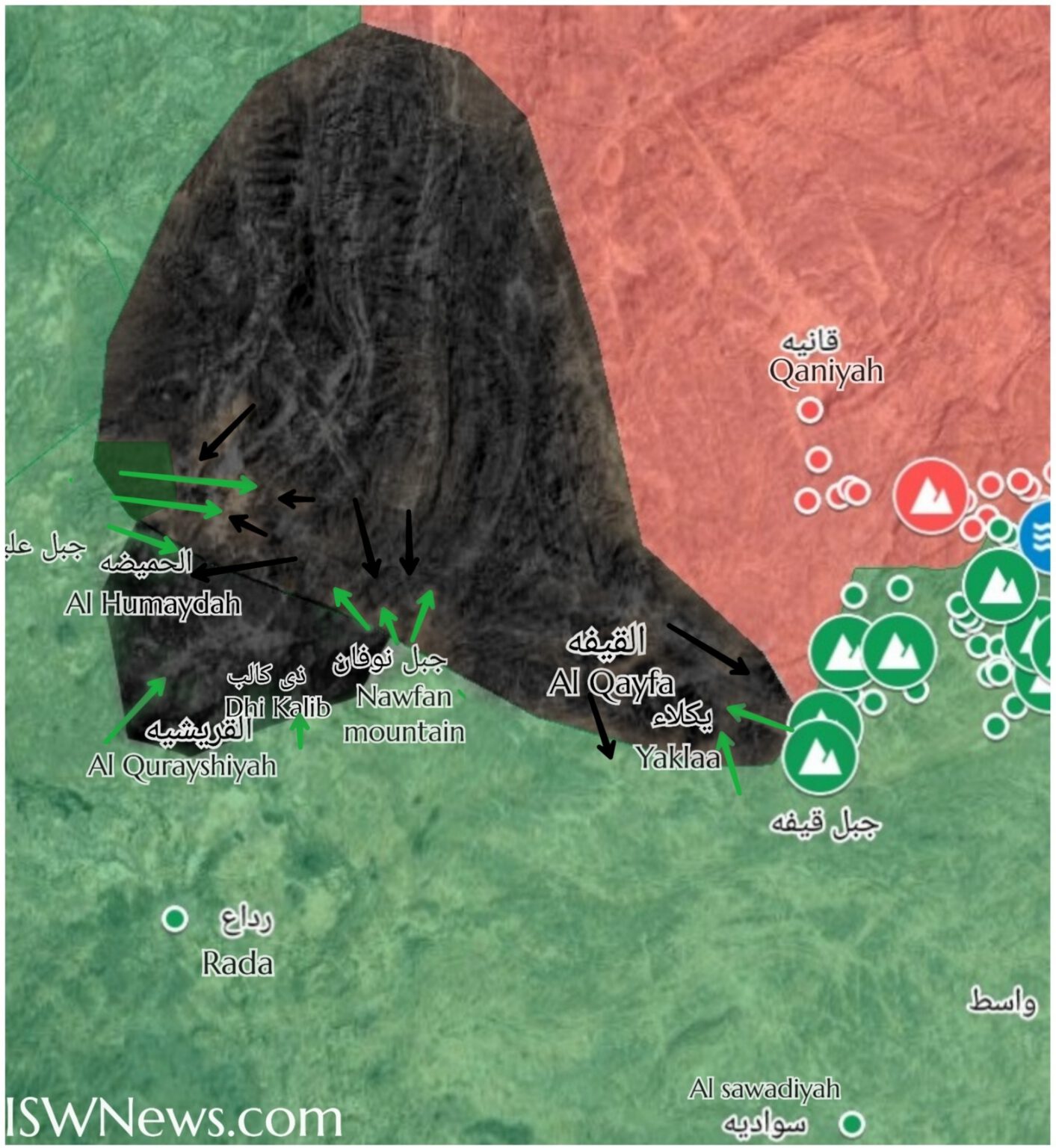 ISWNews Analysis Group: Following the Ansar Allah and popular committees operations against ISIS and al-Qaeda in the north of al-Baydha, terrorist positions in the Dhi Kalib area have been placed under a quasi-siege and several other areas have been liberated.

According to the latest news from the clashes in the northwest of al-Baydha province, Ansar Allah has succeeded in clearing the village of Khabzah in the east of Alib mountain, al-Hatab and Nufan mountain in the east of Dhi Kalib, Aqaba Zaj, as well as cutting the Marib-Qifah route in the east of this region.

Ansar Allah artillery and drones have carried out several operations against ISIS and al-Qaeda positions in the region so far, but no casualties have been reported.

After the fall of Ali Abdullah Saleh’s government in the early months of 2014, Al-Qaeda and ISIS members intensified their activities in the Kitaf district in northern Saadah, Arhab district in Sanaa, Aden and the eastern deserts of Yemen. But eventually they have defeated in areas like Arhab, Kitaf and Bayhan by Ansar Allah and somehow managed to took control of some areas in the northwest of al-Baydha province. Now Ansar Allah and its allied tribes focused on the al-Byadha province to clean the remnants of these terrorists from the region.