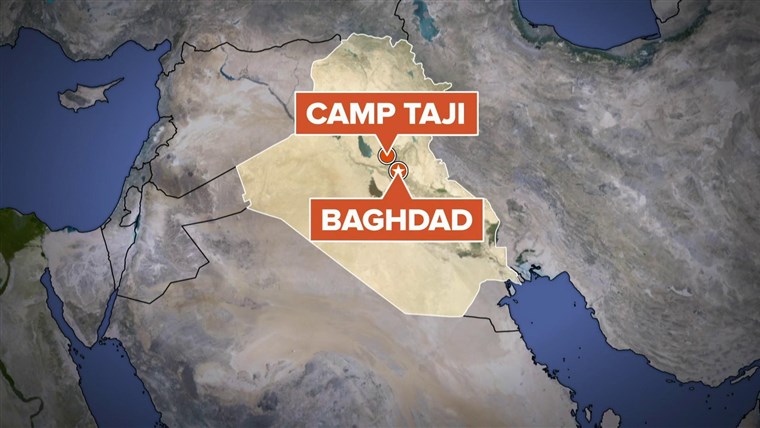 – Al-Kadhimi traveled to Basra immediately after returning from a visit to the United States due to recent unrest in Basra.
The Minister of Interior and Abdul Wahab Saedi, Head of the Counter-Terrorism Unit, accompanied him on this trip. Some sources reported that Faleh al-Fayadh accompanied Al-Kadhimi on the trip too.

– Continued bombing of northern Iraq by Turkish military aircraft.
The Bradost region has become one of the centers of bombing and clashes between the Turkish army and PKK militants.

– Iraqi intelligence sources: Attempts to transfer the families of ISIS members through the Al-Qaim crossing failed due to the timely response of Iraqi forces.

– Al-Taji base in northern Iraq was handed over to Iraqi forces by the US coalition.

– A bomb blast near a U.S. logistics convoy near Al-Taji in the north of Baghdad.
The blast occurred after the base was handed over to Iraqi forces. The logistics convoy is said to have left the Al-Taji base.

– Explosion in Qadisiyah area of ​​Kirkuk with several injured.
Additional information indicates that this incident occurred as a result of the explosion of a car bomb on the path of Imam Hussein’s mourners. At least four people were injured.

– Repelling the attack of ISIS terrorists in the west of Anbar province by the 18th Brigade of the Popular Mobilization Units (PMU).

– The 16th Brigade of Popular Mobilization Units and the Federal Police arrested two ISIS elements in a security operation in the Qara Tappeh area southwest of Kirkuk.