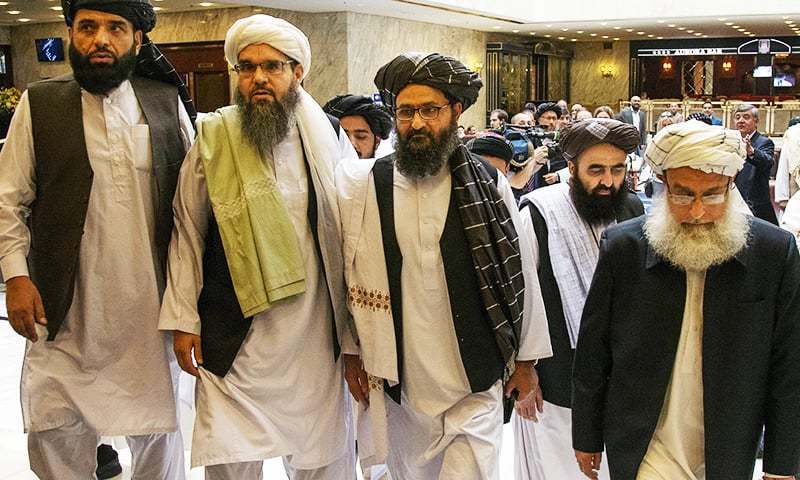 1- High-ranking Taliban delegation travels to Pakistan
The Taliban Political Bureau called Pakistan’s move to fully implement UN Security Council Resolution 2255 sanctions against the group’s leaders an obstacle to the Afghan peace process.
The resolution, issued in 2015, referred to the freezing of assets, travel bans and arms embargoes on individuals, groups, companies and individuals linked to the Taliban.
Despite this decision, a high-ranking Taliban delegation led by Mullah Abdul Ghani Baradar, the group’s political bureau, recently traveled to Islamabad at the invitation of the Pakistani government.

2- Qunduz:
As a result of the Taliban attack on the security forces’ checkpoint in Imam Sahib district, this area fell into Taliban and the fate of 20 security forces is unknown.

3- Afghan Ministry of Defense: Dozens of Taliban members have been killed in clashes with security forces in Qunduz and Baghlan provinces.

4- Ghazni:
The governor’s office building in Dah Yik was destroyed after a car bomb exploded. During the terrorist explosion, three security forces, including the commander in charge of the area, were killed and nine others were injured.

5- Peace talks:
– The Taliban has appointed a 20-member delegation for inter-Afghan talks.
– Ahmad Zia Massoud: Ashraf Ghani has offered the Taliban a joint government and a 50% stake in the government.

6- Appointing a new police chief for Kabul city
The Afghan Interior Ministry said Kabul police chief Amanullah Wahidi had been fired after rising insecurity and terrorist attacks in the capital, and Juma Gol Hekmat was appointed as the new Kabul police chief.
In recent weeks, Kabul has witnessed a dramatic increase in terrorist operations such as bombings, assassinations and rocket attacks.