Beginning of a large security operation in the Deir Ezzor desert 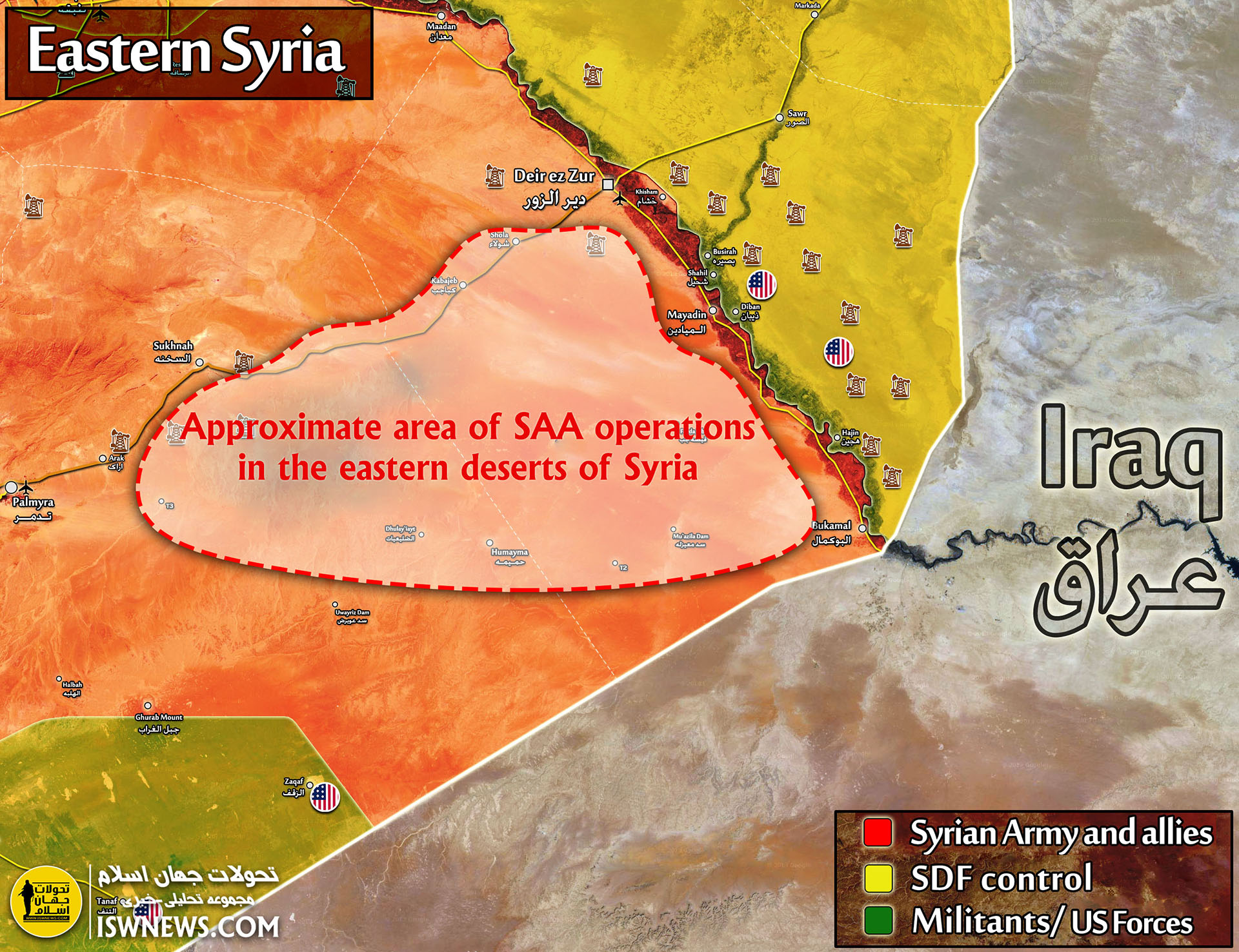 In recent weeks, ISIS movements and attacks on Syrian Army positions and convoys in the desert areas of Deir Ezzor have increased significantly.

In the past, we have witnessed security operations by the Syrian Army in these areas; However, the effectiveness of previous operations was temporary and limited. Given the size of the forces deployed and the amount of air support, it does not appear that this operation will be able to completely eradicate ISIS activities in these areas.

As long as the southern deserts of Syria and the border with Iraq, and especially the areas around Al-Tanf, are under the control of American forces, it seems very unlikely that any clearing operation in the eastern deserts of Syria will work, and we will always see ISIS infiltrating these areas again.