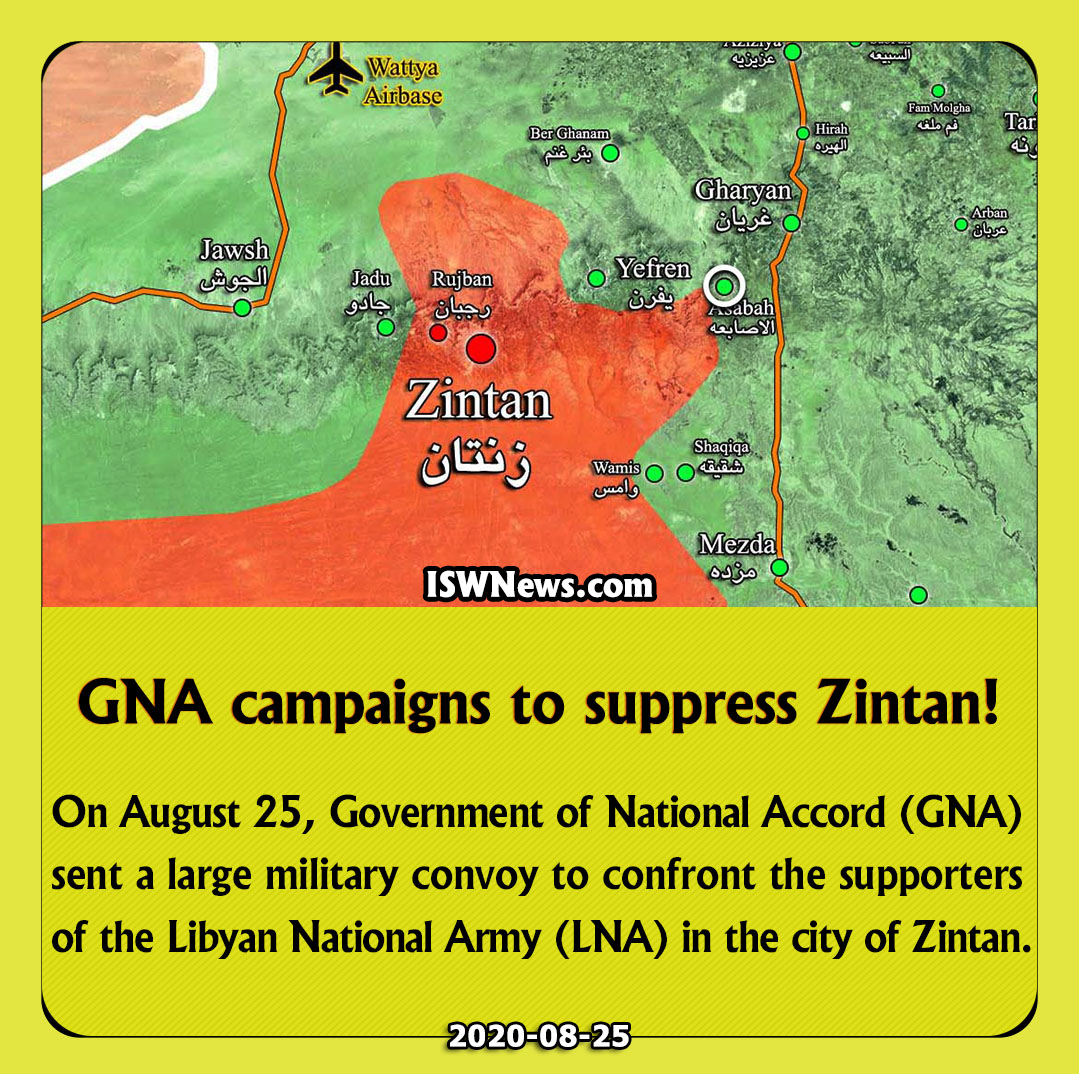 ISWNews Analysis Group: On August 25, Government of National Accord (GNA) sent a large military convoy to confront the supporters of the Libyan National Army (LNA) in the city of Zintan.

According to images, about 200 vehicles belonging to the GNA entered the town of al-Asabeah. So far, these forces have not entered the areas under the control of pro-LNA forces. However, the purpose of these activities is to put pressure on pro-LNA groups in the Zintan and the surrounding areas.

In the latest advance by Turkish-backed GNA forces, which led to the recapture of southern Tripoli, the Zintan and southern areas remained under the control of forces loyal to the Libyan National Army under General Haftar.