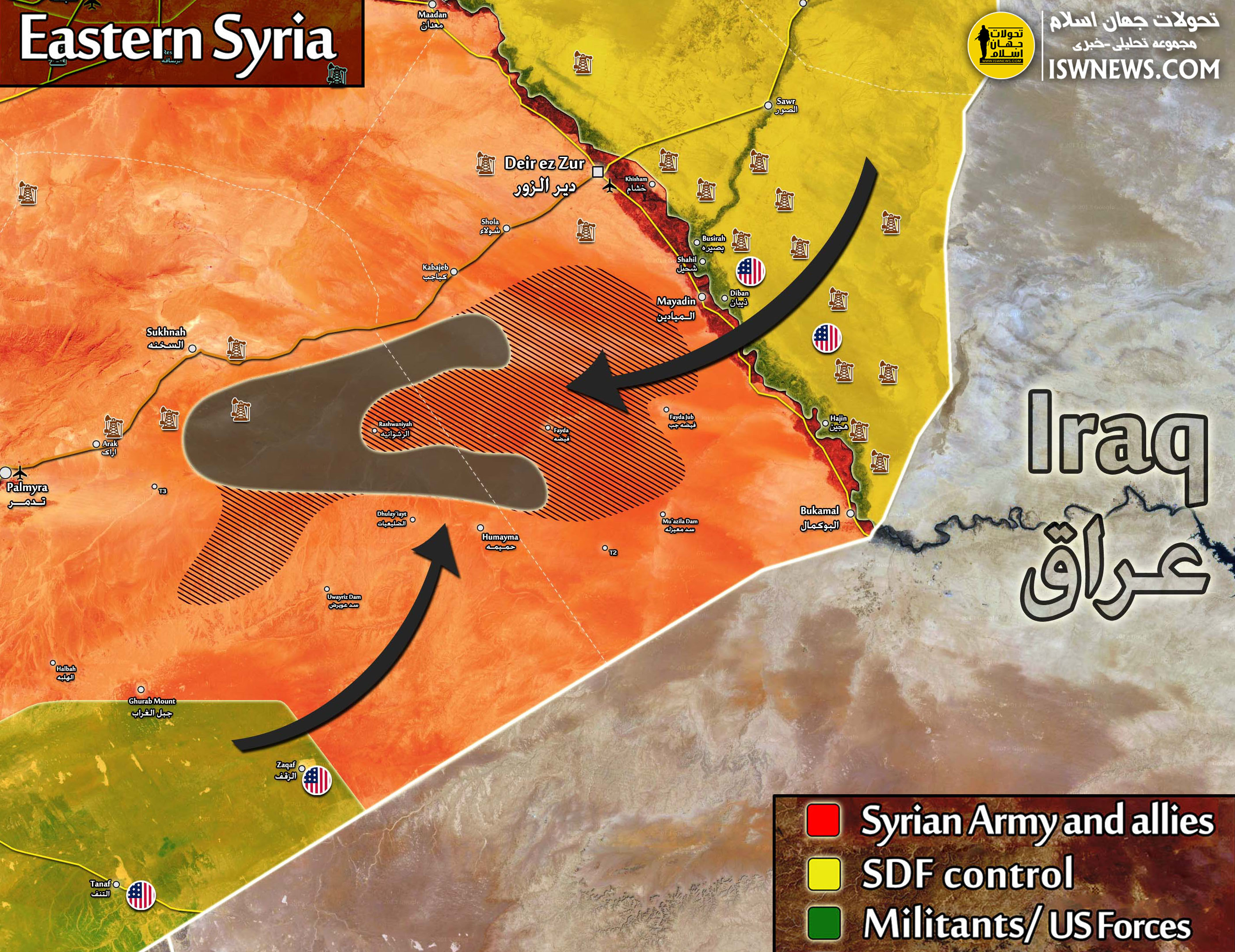 The spokesman of the Russian forces in Syria issued a statement saying that the activities of ISIS terrorists have witnessed a remarkable increase since the release of a large number of them as part of the “pardon” decision taken by the “Self-Administration”.

He added that ISIS terrorists activities in recent months have increased significantly in depth of eastern deserts of Syria and many of those who were released by Kurdish Self-Administration in east of Euphrates emerged in these deserts.

He continued that an operation “White Desert” is launched by Syrian and Russian forces to cleanse the deserts of Syria from these terrorists.

In recent days, Syrian army units have started a vast operation to cleanse areas between Sukhnah and Al Bukamal in east of Syria.

Beginning of a large security operation in the Deir Ezzor desert

Therefore, Syrian army operation in eastern deserts will continue until full cleansing of the terrorists.
During the operation white desert so far, 327 terrorists have been killed, 134 safe places, 17 watch posts, 7 weapon warehouses and 5 underground weapon and ammo warehouses were discovered and destroyed.

The statement concludes that ISIS destructive operations in these areas caused interruption and problem for the relations between tribes of the area and Damascus government and damages to the economy which is in benefit of US, who is occupying Syria with excuse of ISIS.

Indicating that the elements of “ISIS” included militants who were trained in areas controlled by the US forces in Syria, especially “Al-Tanf” and the east of Euphrates.