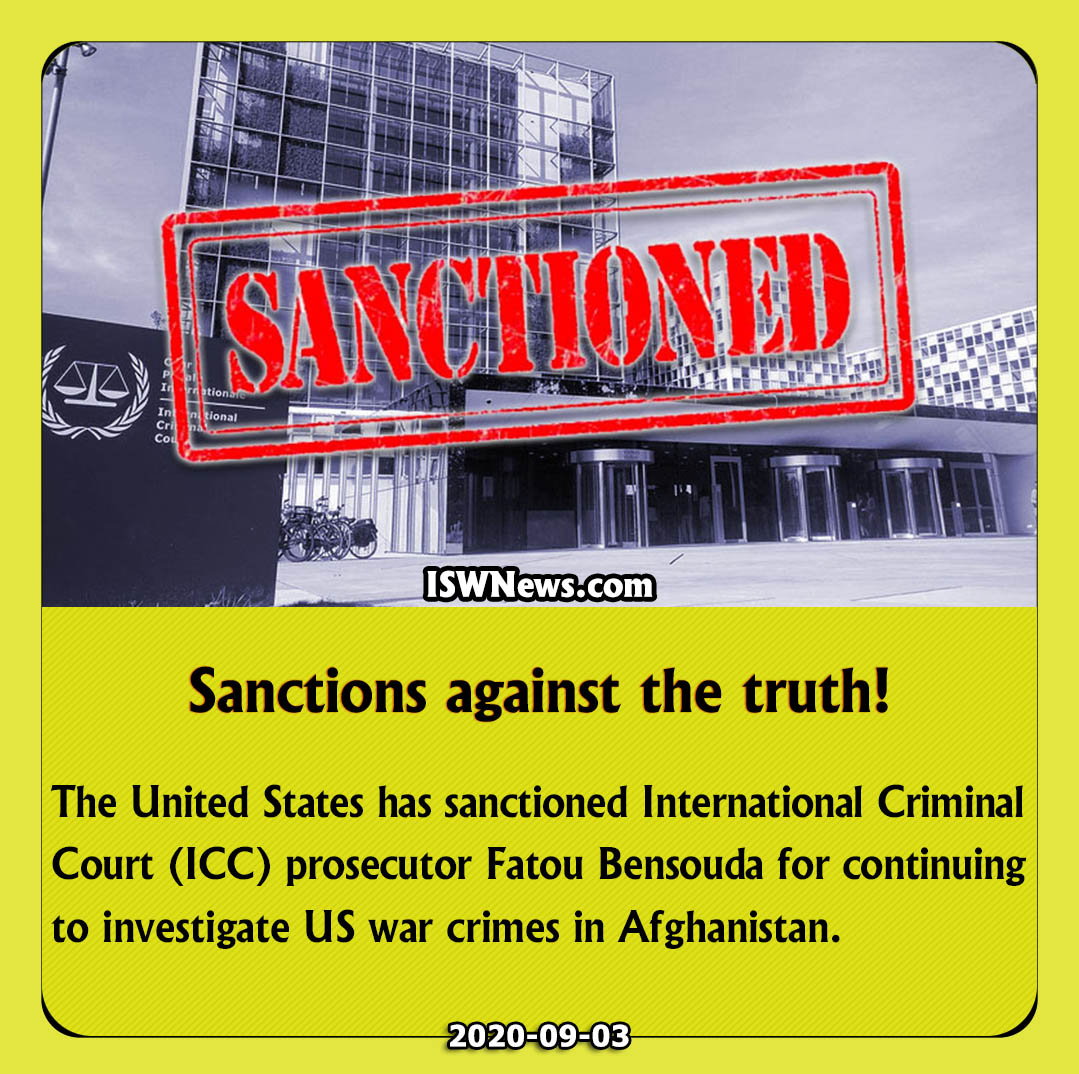 According to US Secretary of State, Phakiso Mochochoko, the head of the ICC’s Jurisdiction, Complementarity and Cooperation Division, was also blacklisted for asset freezes and travel bans.

In November 2017, the prosecutor of the International Criminal Court, Fatou Bensouda, asked the judges of the International Criminal Court to issue the necessary permission to begin a formal investigation into the war crimes in Afghanistan, which include the US military, the Taliban and even the Afghan government. Since then, US officials have repeatedly used threats and sanctions against the criminal court and member states to prevent investigations.

Indeed, the question arises as to why the United States is so afraid of investigating war crimes in Afghanistan and throws itself into the fire and water to prevent the normal progress of the case ?! Is America afraid of revealing the facts?

The question arises why the United States is so afraid of investigating war crimes in Afghanistan and does its best to prevent the normal progress of the case ?! Is America afraid of revealing the facts?

There have been many reports in recent years about the possibility of war crimes being committed by the CIA and the US military in Afghanistan. According to one report, in 2003 and 2014, US military and intelligence agents tortured at least 61 detainees inside Afghanistan during the war in Afghanistan, committing war crimes.
Or in 2015, at least 42 people were killed and more than 30 were injured when a US military aircraft attacked the Kunduz Trauma Centre operated by Doctors Without Borders in the city of Kunduz in northern Afghanistan.

Share it:
Afghanistan Fatou Bensouda ICC International Criminal Court US US in Afghanistan US war crime