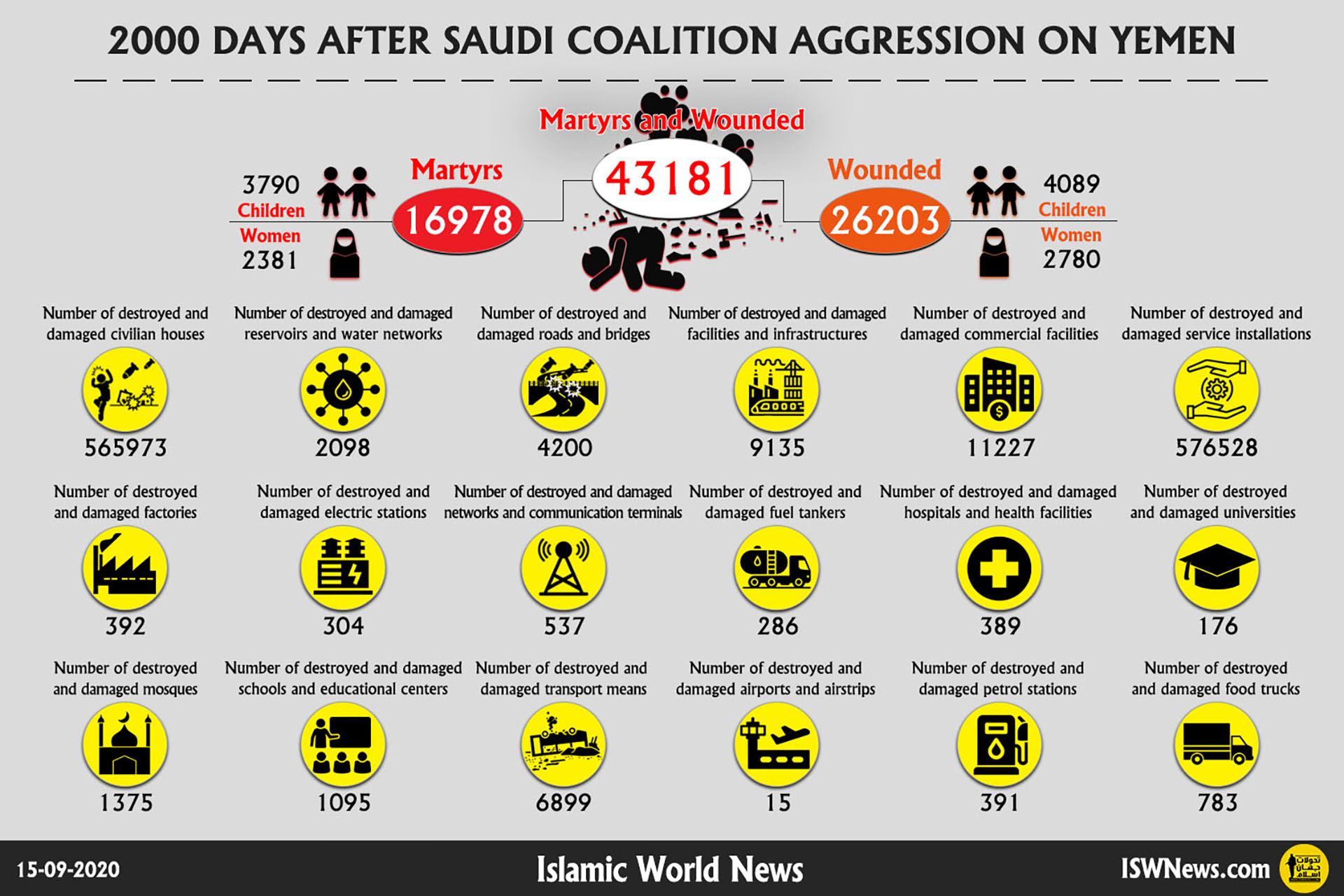 ISWNews Analysis Group: The Saudi coalition aggression against Yemen began in 2015, and so far, 2,000 days after the aggression, 43,181 Yemenis have been martyred and wounded.

Saudi aggression against Yemen continues while so far no effective efforts have been made by the so-called international organizations and UN to stop Saudi Arabia’s war and crimes against Yemen, and this is negligence while even European countries and the United States continue to send various weapons and armaments to Saudi Arabia to kill Yemenis.

– The total number of destroyed and damaged economic centers is 22,404
– Destroyed or damaged 393 factories, 286 fuel trucks, 11,227 commercial centers and 407 poultry and livestock