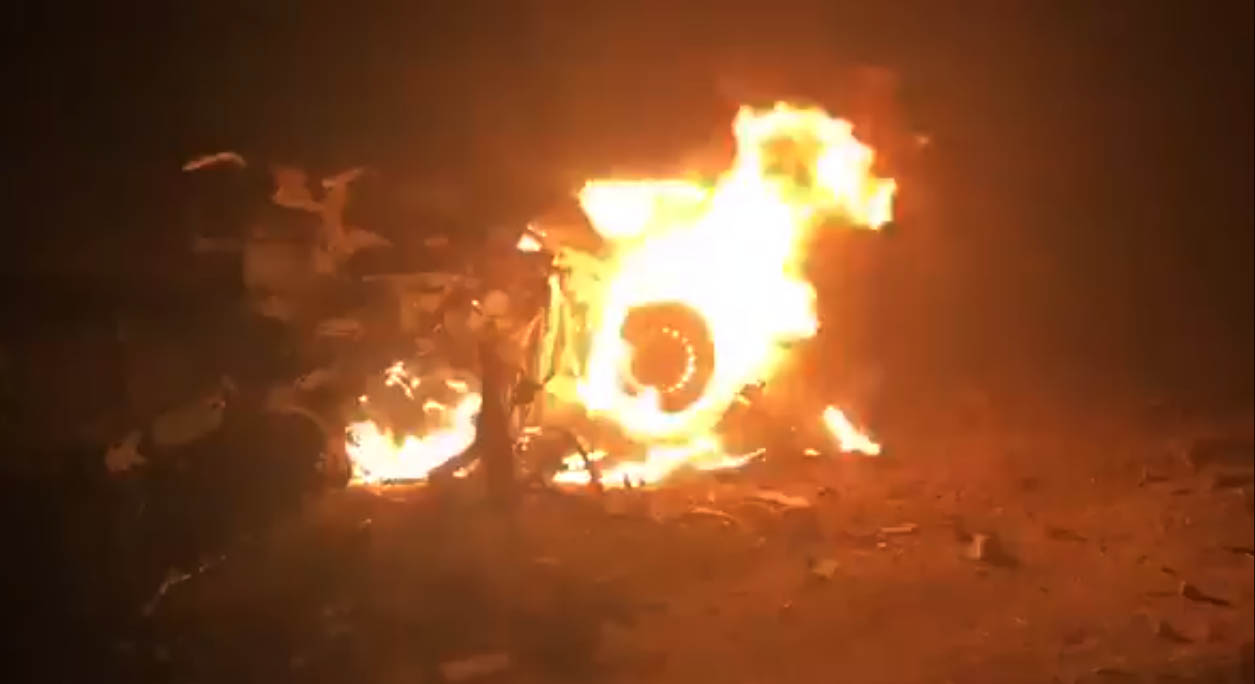 – ISIS attack to Maltaqi area in Kirkuk was repelled by Hashad Sha’abi.

– Camp Victory near Baghdad airport, in which American terrorists stationed, was targeted by several Katyusha rockets.

– Turkish drones bombed areas in north of Sinjar. According to information, in this attack a vehicle, which was said to belong to PKK, was hit and three killed. (image).

– A bomb vehicle blasted near Sharaf al-Din shrine in Sinjar, northwest of Mosul.

– Meeting between president Barham Salih with US ambassador Matthew Tueller regarding bilateral relation and the region and international issues.

– While there were news that general Jamil al-Shamri was barred from going abroad due to the charges of shooting to protestors in Naseriyah city, defense ministry issued a document permitting him to leave the country.

– Jawad al-Talivabi, a leader of Asa’ib Ahl al-Haq movement:
Targeting diplomatic areas since they discredit the country are not acceptable. But targeting the occupiers is something that law has confirmed.

– Some of EU ambassadors met with Halbusi, speaker of parliament.

– Hadi al-Amiri: If there is any corruption file against Badr organization, we are ready to go to court.

– Health minister emphasized on no foreign pilgrimage for Arbaeen this year due to Coronavirus pandemic.

– An American terrorist caravan was targeted by five roadside bombs near Hillah.