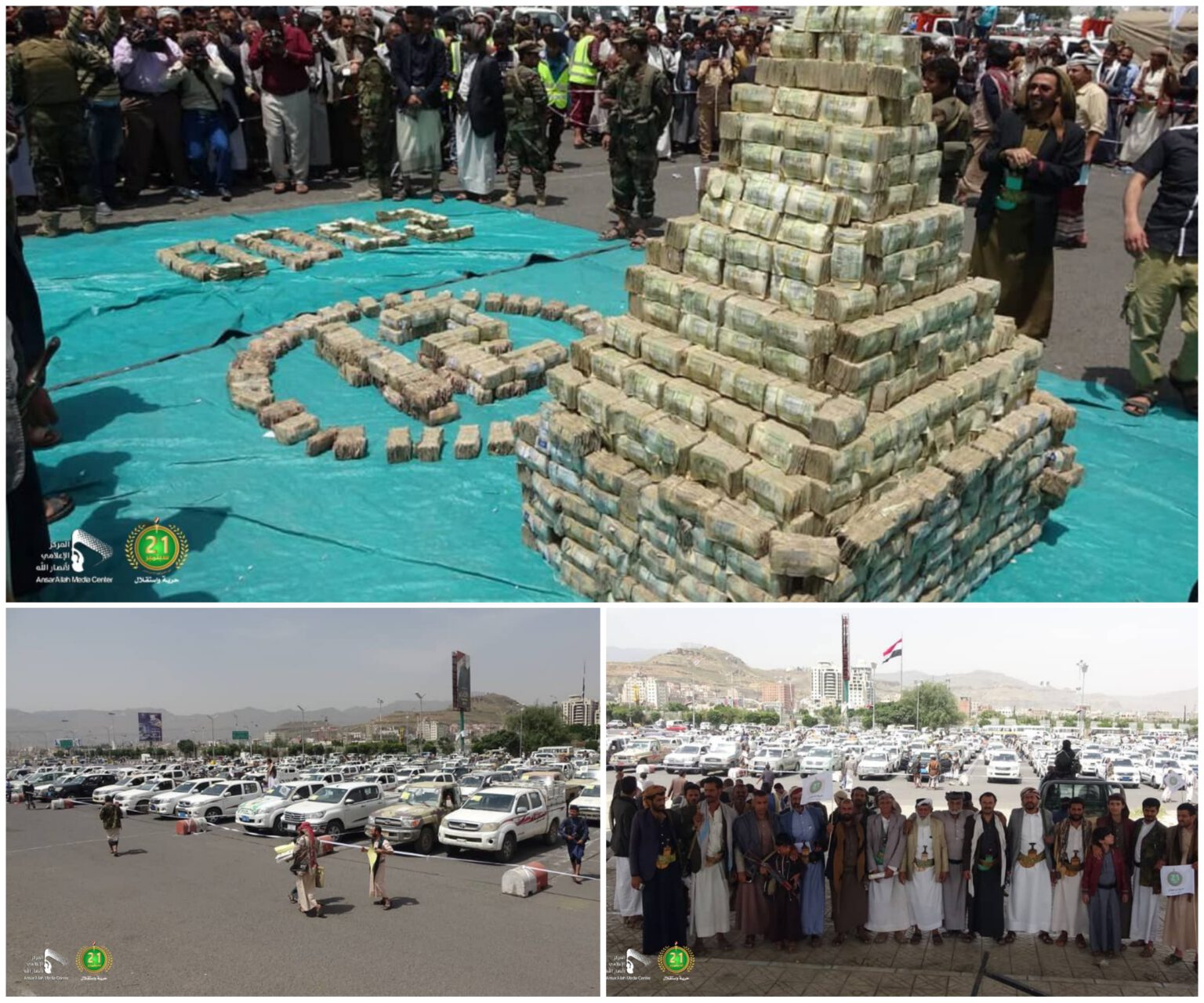 1. Marib:
Clashed between Ansar Allah and Saud-led coalition forces continue in Rayan and Alam al-Abyadh fronts. News of Ansar Allah attacking to east of Marib road in the south of Alam and cutting it is not correct.

4. Interior Ministry of the Yemeni Salvation Government reported of arresting 17 terrorists of ISIS and Al Qaeda terrorist groups during the last week.

5. Sanaa:
People and tribes of Sanaa province in a gathering collected more than 500 million Yemeni Rials to help the fronts.(image)