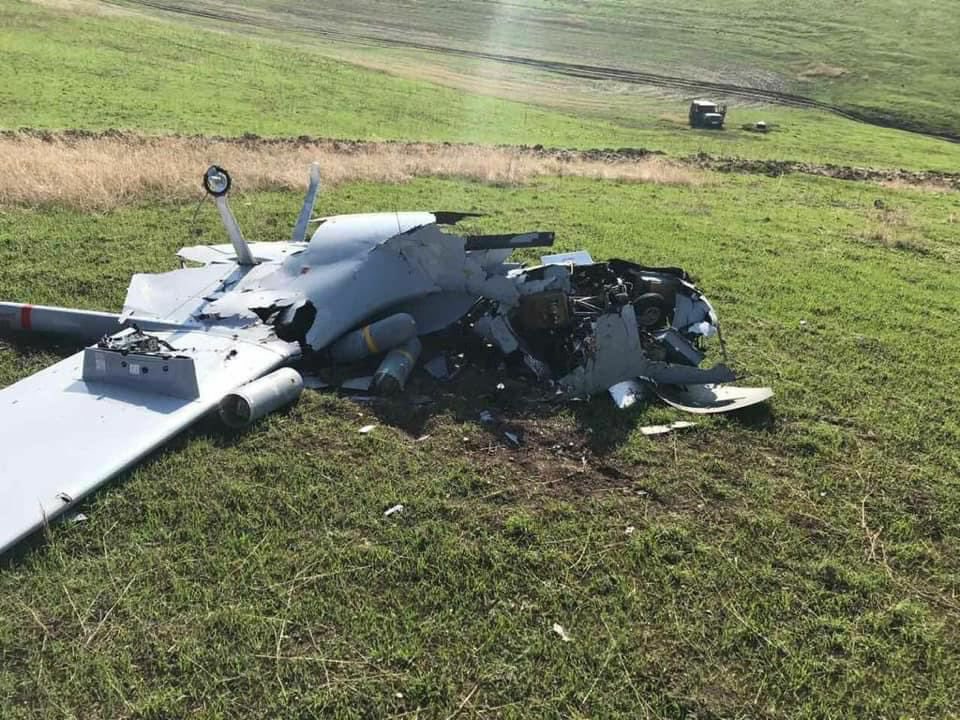 ISWNews Analysis Group: Armenian forces claim that they shot down 5 Azerbaijani drones in the past 24 hours including a Turkish Bayraktar UCAV.

– In a statement, the President of Azerbaijan Ilham Aliyev announced the control of a large number of villages in the south of the Karabakh region, as well as the control of the center of the Zangilan district(rayon).

– The Azerbaijani army repulsed the counter-attacks of the Armenian forces on the Fuzuli and Khodafarin dam fronts.

– An Israeli Harop drone belonging to the Republic of Azerbaijan crashed on Iranian soil in the Khodaafarin region.

– According to Armenian MoD, Armenian forces shot down 5 Azerbaijani drones in the past 24 hours including a Turkish Bayraktar TB2 UCAV.
In this regard, the Armenian Ministry of Defense has published images of two Turkish ‌Bayraktar TB2 UAVs. The interesting thing about one of the drones is that some of the equipment of this drone, such as the camera that Turkey receives from Canada, was assembled on Bayraktar in September.

– Canada suspended exports of military equipment to Turkey because of possible Turkish use in the Nagorno-Karabakh war.
Turkish President Recep Tayyip Erdogan has complained, in a phone call with Prime Minister Justin Trudeau, that Canada is behaving unfairly toward a fellow NATO ally by suspending the export of targeting gear used in Turkish drones, which are allegedly being employed by Azerbaijan in its conflict with Armenia.