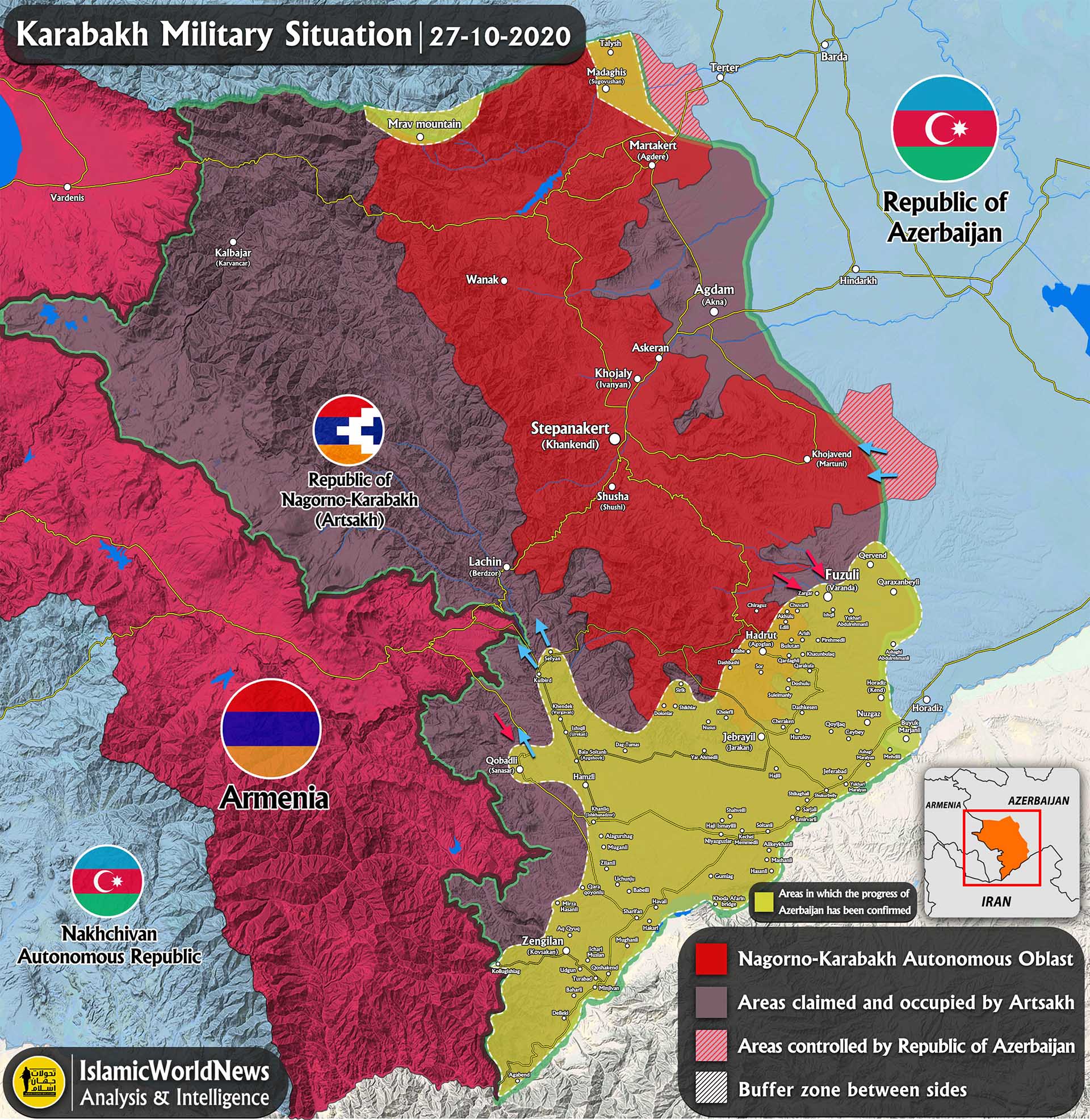 – Armenian forces counter-attacked in the area of Qobdali allegedly recapturing the Qobdali town, center of Qobdali area. However they only released a vague image from a building in Qobdali.

– On October 28, Ilham Aliyev, Azerbaijan armed forces spokesperson, reported of controlling new areas in south of Karabakh. However the areas were all claimed and stabilized by Azerbaijani forces in previous operations. It is considered as propaganda by Aliyev to bold Azerbaijan advances.

– A 747 cargo plane landed in Baku departed from Tel Aviv. It carried Israeli weapons most probably.
In recent days cargo flights from Israel to Azerbaijan have increased significantly.

– Azerbaijan reported of intercepting and destroying an Armenia missiles in Mingecevir area.

– According to Republic of Nagorno-Karabakh, three drones and 14 Azerbaijan vehicles destroyed and 105 Azerbaijani forces killed in the last 24 hours.