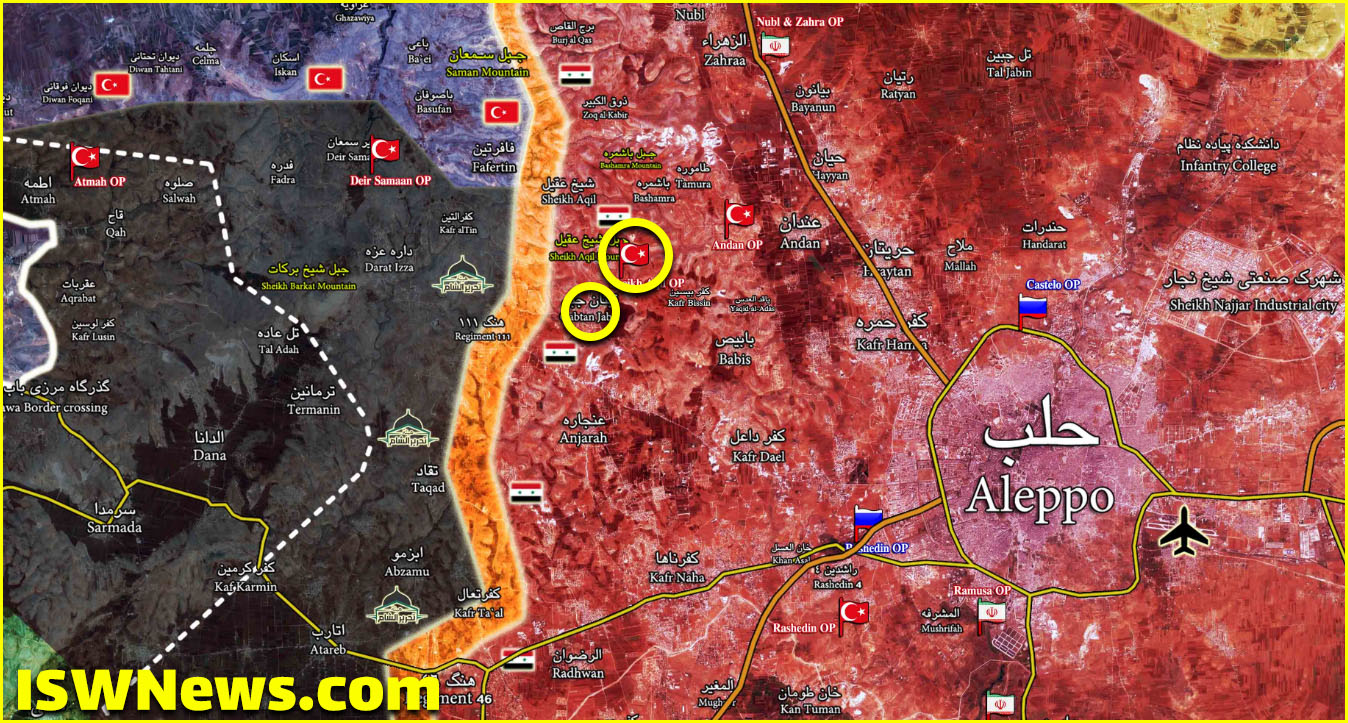 In recent weeks, the process of evacuating those Turkish military posts that are under siege by Syrian army forces has begun and is going on in the media silence.

So far, the Turkish army has evacuated the Morek and Sher Mughar observation posts and the Maar Hattat military post, and most of the equipment at these posts has been moved into the Idlib region and the militant-occupied areas.