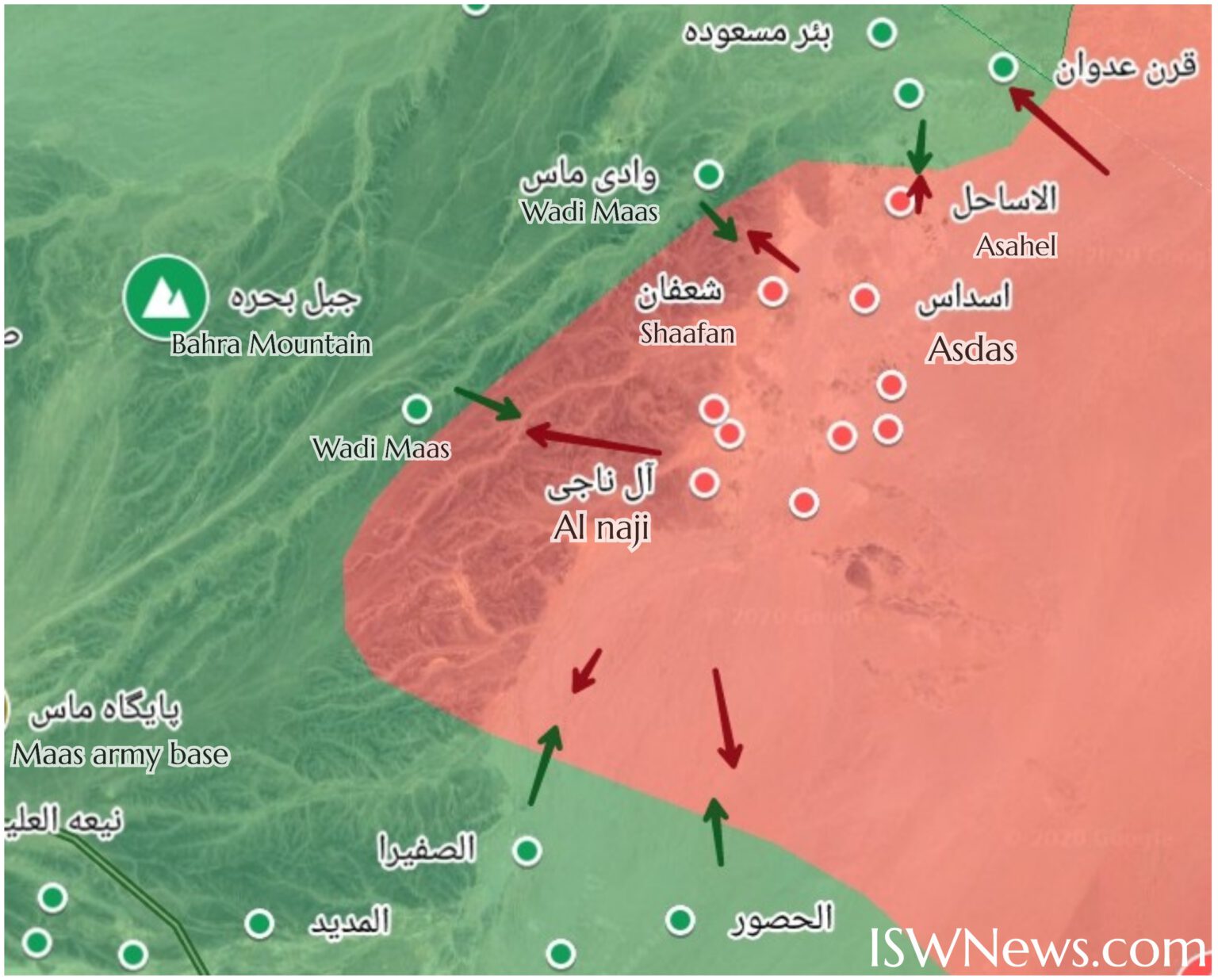 The latest news from the Marib, Al-Hudaydah and Al-Baydha fronts

1- Marib
– Ansar Allah and Saudi coalition conflict continues in Raghwan district. The coalition launched heavy attacks in north of Asdas axis to villages Qarn Adwan in north of Asahel and east of Hazm district villages, al Jawf province, however Ansar Allah’s resistance repelled them back from those areas.
– Ansar Allah is deploying troops and equipment to east of Sarwah front and Madghal to start the battle in west of Marib town.
– Saudi coalition warplanes bombed Madghal district 16 times and Sarwah district 10 times in the last 48 hours.

4- Muhammad al-Bukhayti, a commander of Ansar Allah and Dhamar governor, reported that some of Mansoor Hadi forces returned to Ansar Allah and swore allegiance with the rescue administration.
Some sources said the number of these troops add up to a whole brigade, but no details released yet.