Iraq: Presence of thousands at the martyrdom site of resistance commanders in Baghdad 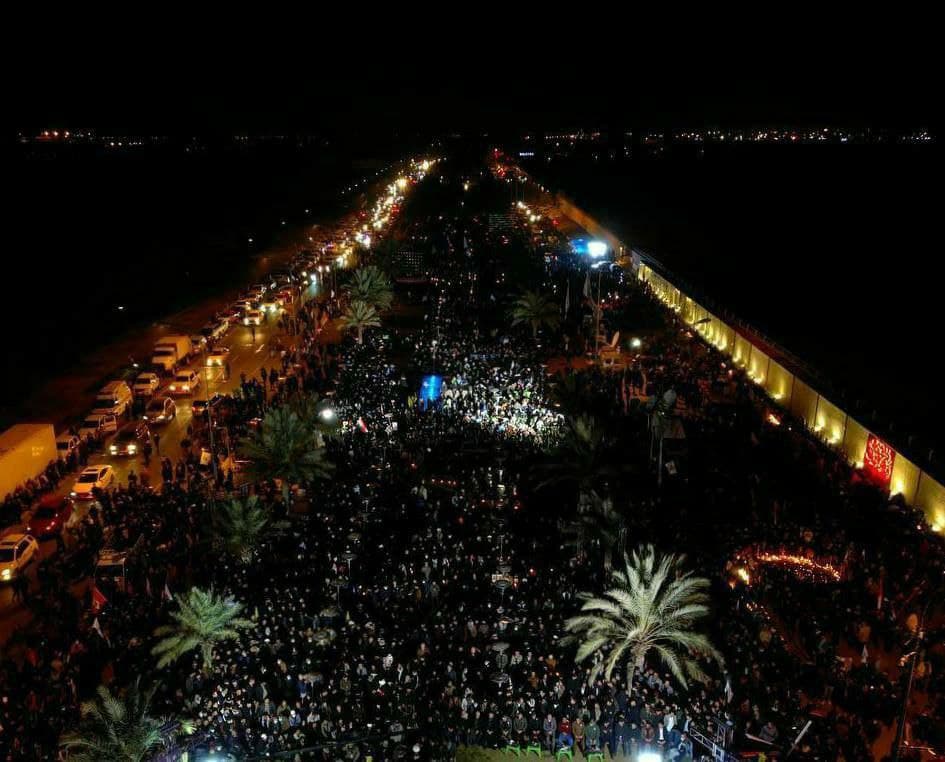 ISWNews Analysis Group: Since this morning, thousands of people have been present at the martyrdom site of Hajj Qasim Soleimani and Abu Mahdi al-Mohandes and their companions near Baghdad International Airport. (Image above)

Also, after Iraqi groups and political parties called on the people to take part in today’s demonstration in Tahrir Square in Baghdad on the anniversary of the assassination of Nasr commanders, a large number of people from this city and other Iraqi provinces came to this square.

Fadhil Jaber, a member of the Iraqi parliament from the Fatah coalition, said the demonstrations on the anniversary of the martyrdom of Soleimani and Mohandes in Baghdad’s Tahrir Square is a real start to regaining national sovereignty, and called on the Iraqi government to announce the result of investigations and the names of culprits.