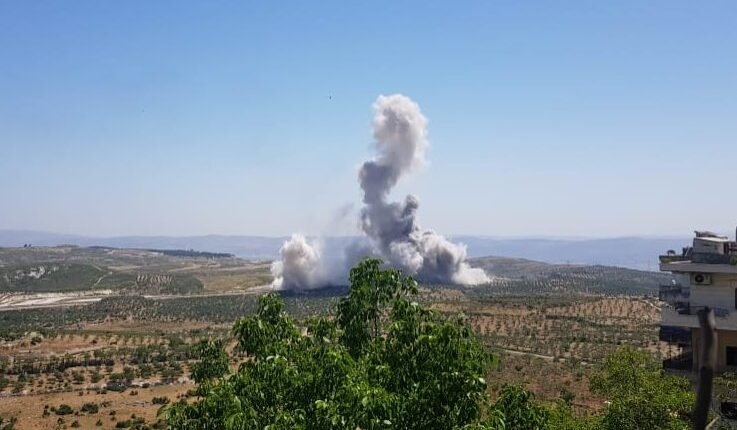 ISWNews Analysis Group: A civilian was injured when a car bomb exploded in al-Malahi neighborhood of Raqqa. Insecurity has increased dramatically in areas controlled by the Syrian Democratic Forces (SDF).

– According to the Russian Reconciliation Center in Syria, the militants violated the ceasefire 21 times in the Idlib region, of which 3 are in Aleppo province, 8 are in Latakia province, and 10 are in Idlib province.

– The Syrian Army attacked the positions of the terrorist Turkish-backed “Jaish al-Nasr” militants in the village of “al-Ankawi” in the “Ghab Plain” area in the northwestern part of Hama province, killing 11 members of the group.

– For more than a week, the city of Qamishli has been witnessing clashes between Kurdish internal security forces (Asayesh) and the Syrian Army. The two sides detained a number of opposing forces. Asayesh forces stressed that Syrian Army forces should not move in the area without prior coordination and approval.
On December 27, Russian forces intervened to control tensions between the Syrian Army and the Asayesh in Qamishli, and the two sides released the detained forces. However, some of the detainees have not been released, which has led to escalating tensions between the two sides.

– A number of citizens, including several children, were injured in a fire at a Syrian refugee camp in the Sarmada area of ​​Idlib province.

– Turkish-backed militants bombed positions of SAA in the Jurin village in the northwestern part of Hama.

– The Syrian Democratic Forces (SDF) arrested a civilian in the al-Busaira area east of Deir Ezzor.