Details of US and European Contracts and Assistance to Saudi Arabia 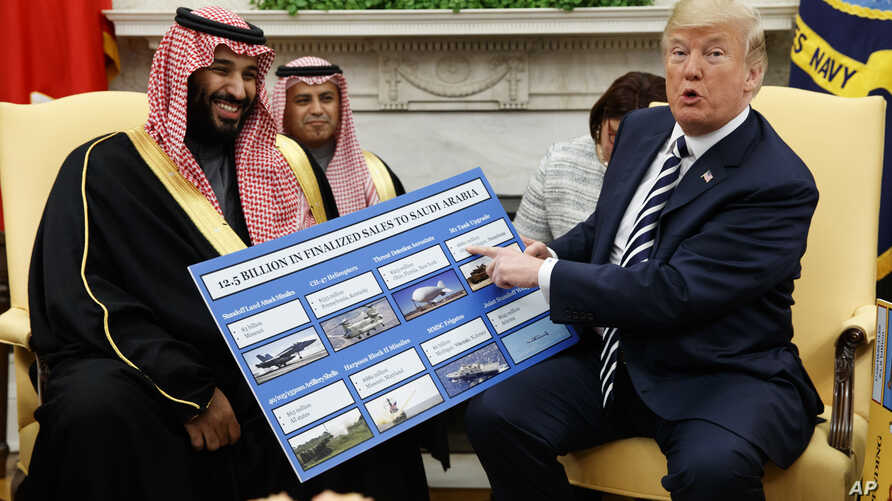 When the official statistics of the Yemeni war are published, the first question that arises after the amount of expenses and the losses of the Saudi coalition is how much US and European military aid has been to Saudi Arabia and the UAE?

According to Western statistics, Saudi Arabia’s military budget after the invasion of Yemen, from 2015 to 2020, has grown by 61 percent to more than 270 billion dollars, which is about 21 percent of the annual budget of the government. These figures make Saudi Arabia the world’s largest arms importer and a top US customer.
According to a report by the Stockholm International Peace Research Institute, Saudi Arabia’s military imports from 2015-2019, was 73 percent from the United States, 13 percent from Britain and 4.3 percent from France, indicate widespread Western support for the provocative and War-mongering policies of Saudi Arabia and the war in Yemen.

In late 2020, the US State Department announced that it had agreed to sell 3,000 GBU-39 SDB I satellite bombs to Saudi Arabia for $ 290 million.
This type of satellite-guided bomb was purchased for use in F-15E Strike Eagle fighters of the Saudi Air Force and for bombing fixed targets such as defense systems, hangars, infrastructure targets, etc. with an accuracy of less than 6 meters and range of 110 km.
The US State Department statement also said that the agreement was made to strengthen Saudi Arabia’s ability to respond to current and future threats and has no compensatory provisions, in other words, an after-sales commitment for the United States.

The United States had previously announced on November 12, 2020 a contract to sell 150 F-15E Strike Eagle fighters worth approximately $ 9 billion and $ 750 million.

In recent years, despite international restrictions on the export and sale of military weapons, as well as European sanctions against Saudi Arabia for a complete cessation of military arms sales to the Saudis, such agreements have been re-signed and arms deliveries to Saudi Arabia have resumed.

Given the long history of violations of international law, human rights and etc, in Saudi Arabia, as well as their current war against Yemen, the sale of military weapons to Saudi coalition, especially Saudi Arabia and the UAE, has always been controversial; But European and American governments, regardless of these issues, have continued to sell their military weapons to the Saudis and have expanded their influence and presence in the Arabian Peninsula region through various wars and the Iranophobia project.
Examining the US and European arms deals with the Arab countries, one can understand why the Yemeni war should continue and why Ansar Allah should be included in the list of terrorist organizations. The inclusion of the Yemeni Ansarullah People’s Movement in the list of American terrorist groups, even after years of Saudi crimes against the Yemeni people and daily bombing and killing of the Yemeni people, and continuing to equip Saudi Arabia with all kinds of military equipment and bombs is a clear indication of the US hypocrisy and false claim of democracy by the United States and Western countries.