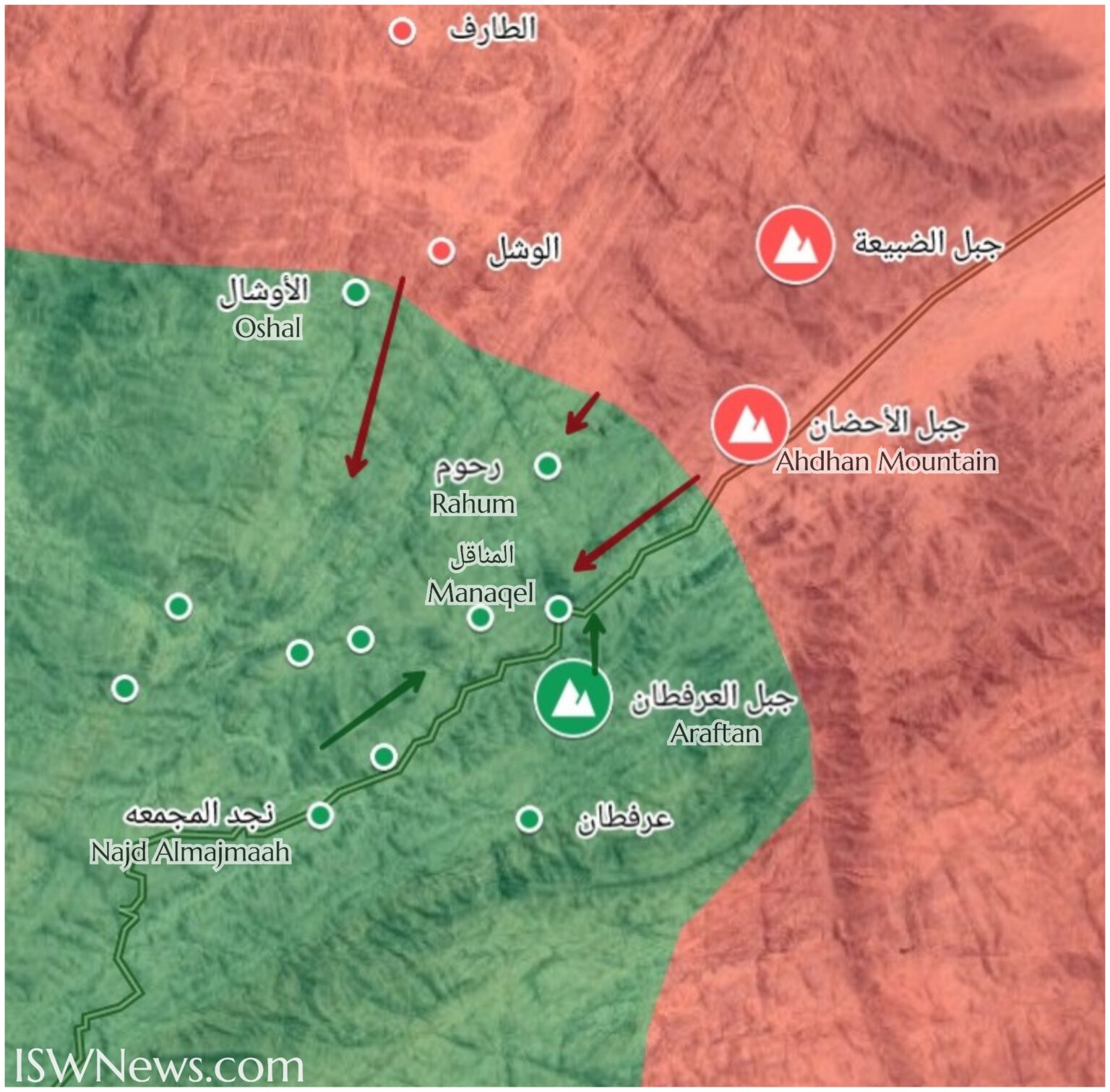 ISWNews Analysis Group: The Saudi-led forces with the help of Murad tribes launched an operation against the positions of Ansar Allah in the districts of Rahba and Jabal Murad.

The Saudi-led forces advanced through the areas of Oshal, Rahum and al-Manaqel to the Najd al-Majma’ah area, but according to the released footages, the Saudi-led forces faced heavy resistance by Ansar Allah and the attacks were repulsed.
As usual, Saudi coalition warplanes bombed the southern fronts of Marib 12 times in the past 48 hours, providing air support for the Saudi-led forces on the ground.