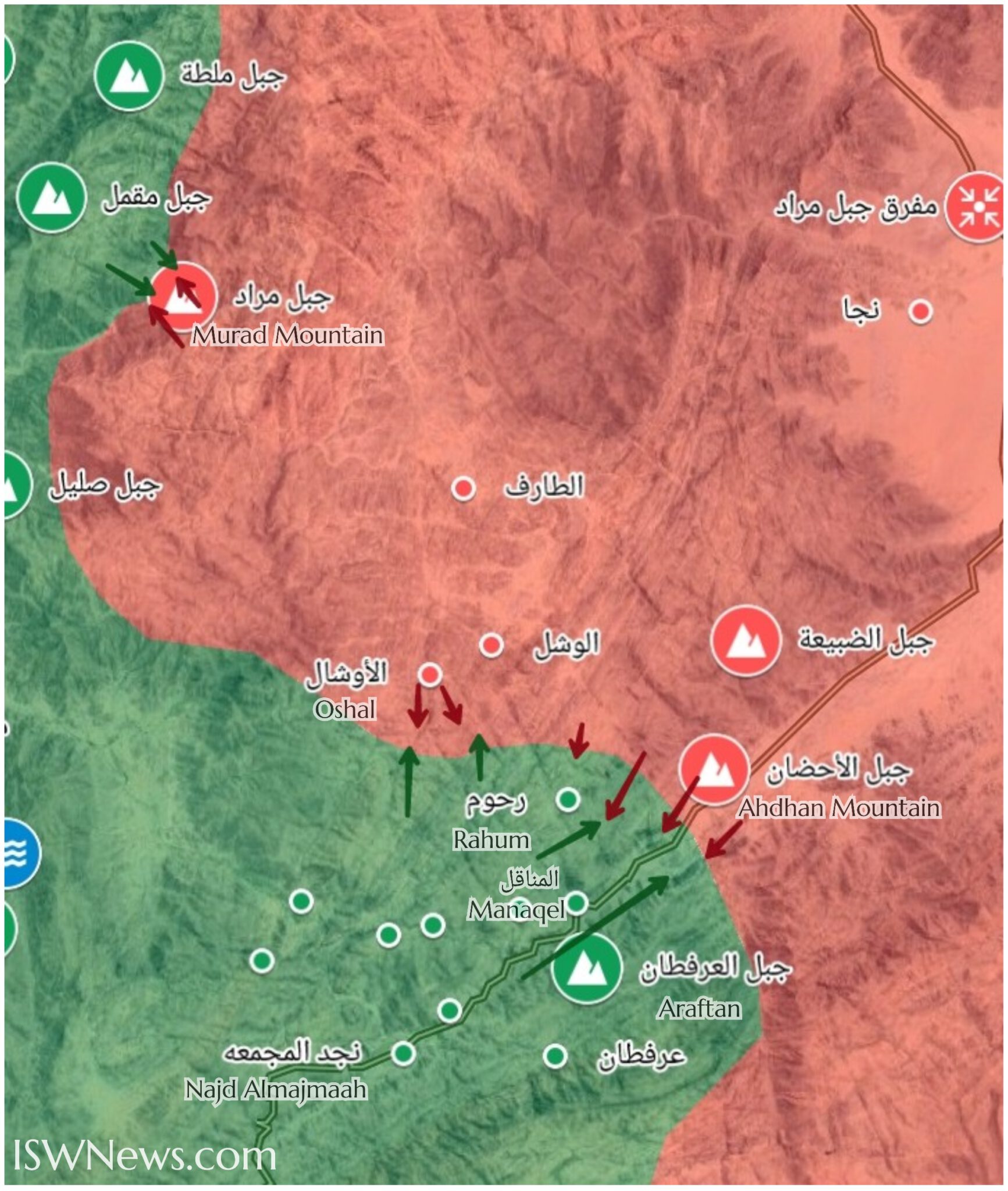 1- Marib
Ansar Allah launched a heavy counterattack on positions of Saudi-led forces in Rahba and Jabal Murad fronts. Clashes on this axis continue and the lines have not yet been stabilized.

4- The Interior Ministry of the resigned government of Mansour Hadi in a statement claimed that Ansar Allah was responsible for the attack on Aden Airport and that their missile launch systems were operated by Iranian and Lebanese experts. The missiles fired at Aden Airport were fired from a distance of 100 kilometers to Aden and were ballistic, and also matches to the missiles fired at the operations room of the General Staff in Mairib.

5- Foreign Minister of Hadi government, Ahmed Awad bin Mubarak, in a video call with US Ambassador to Yemen Christopher Hansel, praised the US efforts for the peace process in Yemen and supported the US decision to call Ansar Allah a terrorist.