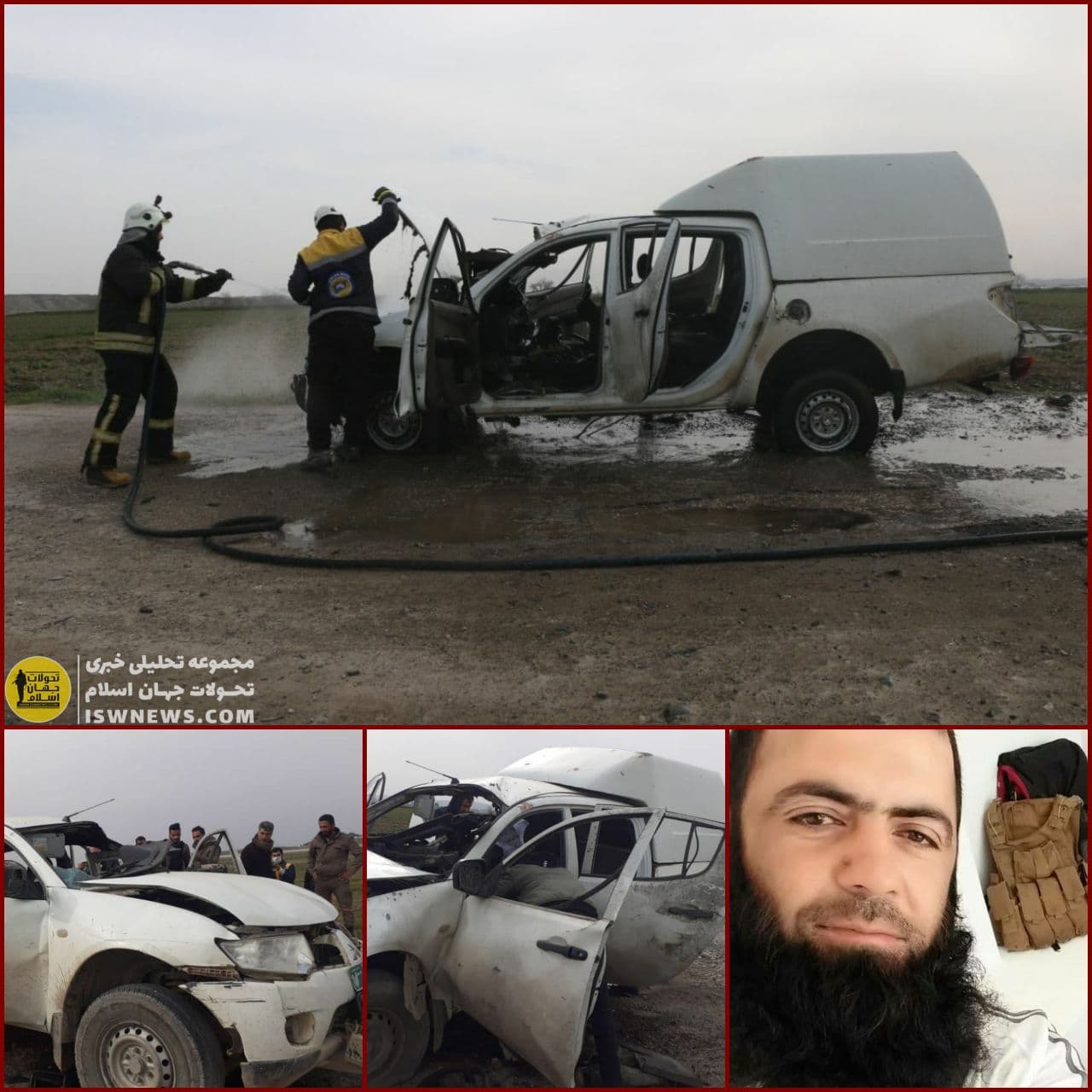 ISWNews Analysis Group: A Faylaq al-Sham commander was killed in a car bomb blast in the town of Jarablus on Tuesday.

According to local sources, ‘Ahmad Ghanoum’ a Faylaq al-Sham commander (Sham Legion) and his family were killed in the car bomb explosion.

Faylaq al-Sham is one of the main Turkish-backed terrorist groups in Syria that took part in the Olive Branch operation under the command of the Turkish Armed Forces in the northern regions of Syria.