The United States is increasing its military infrastructure in Syria 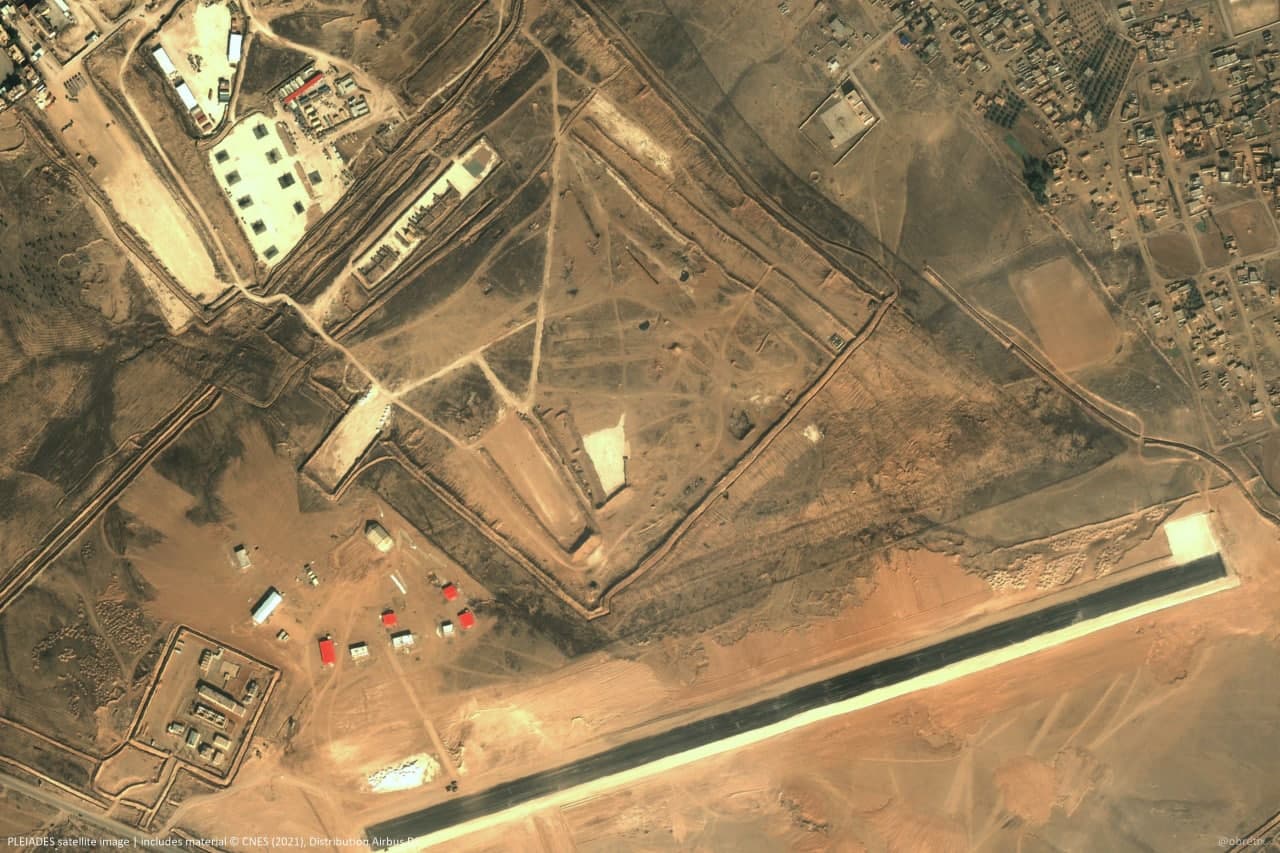 ISWNews Analysis Group: The US military is building and expanding two runways in the eastern Syrian provinces of Hasakah and Deir Ezzor.

The US forces are building a 1,400-meter-long runway at a US military base in the Omar oil field in Deir Ezzor province, and new troops and equipment are reportedly being transferred to the base. The runway is located in the center of a flat, desert area, and there is no significant elevation up to about 10 miles away.

In al-Hasakah province, the runway built by US forces has been completed and construction is almost complete. The length of this runway is 1200 meters and it is located in south of al-Shaddadi town. On February 6, two US coalition helicopters entered Syria from the Iraqi border and landed at the US base in al-Shaddadi.

After Joseph Biden took office as President of the US, the US military has been increasing its presence in Syria, transferring large numbers of equipment and troops from Iraq to its illegal bases in Syria in recent weeks.

Share it:
Deir Ezzor Shaddadi Syria US US in Syria