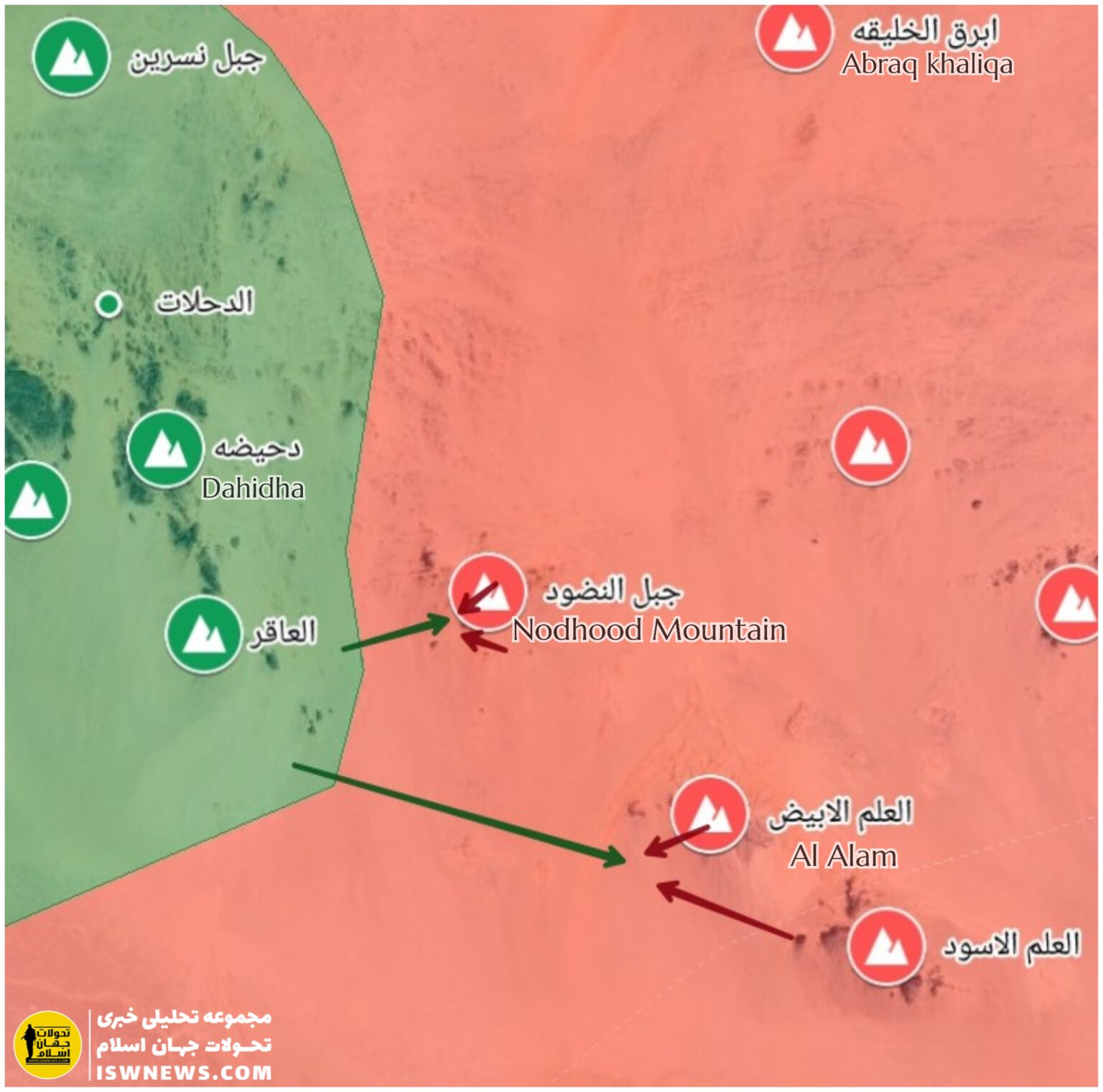 1- Marib:
– Clashes between Ansar Allah and Saudi-led forces continued on the Al-Kasarat and Hilan fronts.
– Saudi coalition warplanes bombed Sarwah and Madghal districts 43 times in the last 48 hours.
– “Abdulqader Mortadha”, the head of the prisoners’ affairs aommittee of the rescue government, announced the release of four Ansar Allah members during an POW exchange with Mansour Hadi’s forces in Marib.
– Sheikh Saleh al-Obeidi (one of the leaders of the Muslim Brotherhood in Marib), Colonel Muhammad ibn Ahmad ibn Zaba’ and Colonel Ali ibn Muhammad ibn Ayyaf al-Obaidi, field commanders of Mansour Hadi forces, were killed in the Marib clashes.

2- Al-Jawf:
Ansar Allah attacked positions of Saudi-led forces in Al-Alam and Al-Nodhoud heights. The escalation of the conflict in the north of Marib will make the Saudi coalition face a serious problem in supplying forces on this front.

4- Al-Hudaydah:
The Liaison and Coordination Officers’ Operations Room (loyal to Ansar Allah) reported 200 ceasefire violations in al-Hudaydah during the past 24 hours.

5- The US State Department has officially revoked the decision to designate the Ansar Allah movement as a terrorist organization. This decision will take effect from February 16.