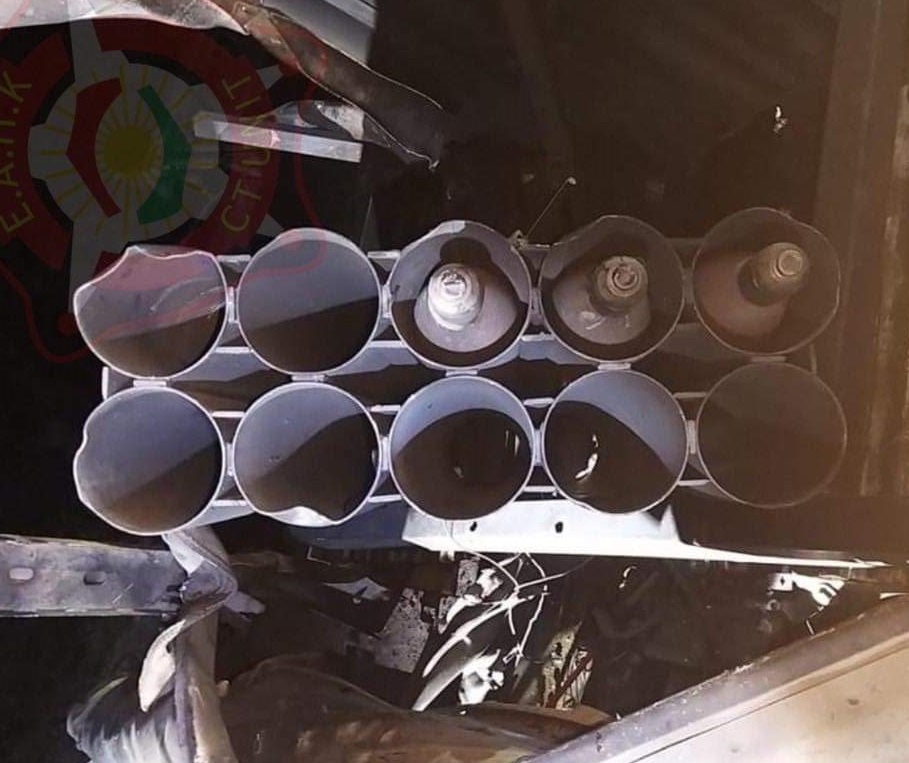 Pictures of the rocket launch site are being released without specifying its exact location. However, it appears that as statement of the Saraya Oliya al-Dam group, the shooting site is 7 km from the US military base near Erbil International Airport.

It is worth noting that the attack took place near the city of Erbil, and this is the first time that Iraqi resistance forces have targeted US positions from inside areas controlled by the Iraqi Kurdish region.

A US-led coalition spokesman also confirmed the attack stating on a tweet that one civilian contractor was killed and 9 others were injured including 5 US military personnel.

Last night at around 21:30 local time, the Iraqi resistance forces with (about) 14 rockets targeted the positions of the American occupying forces at Erbil Airport. A number of rockets, or at least remnants of intercepted rockets or American ammunition used to intercept the rockets, are said to have landed in areas of Erbil, including near the Chinese embassy.

Share it:
Erbil Erbil Airport Iraq US in Iraq