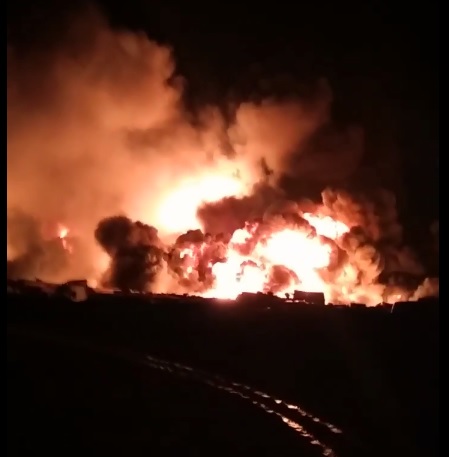 ISWNews Analysis Group: Russian ballistic missiles hit illegal oil reservoirs near the village of Tarhin, north of al-Bab, and the village of al-Hamran, northwest of Manbij.

– The Syrian Democratic Forces (SDF) arrested an ISIS member who was involved in the assassination of the mayor and deputy mayor of the town of Tal al-Shire in al-Dashisha.

– Russian ballistic missiles hit illegal oil reservoirs near the village of Tarhin, north of al-Bab, and the village of al-Hamran, northwest of Manbij.

– The checkpoint of the Syrian Democratic Forces (SDF) in the town of al-Shaheel was attacked by unknown gunmen.

– Closure of the SDF and Syrian government oil crossing in Deir Ezzor due to recent tensions in the Akidat area between the SDF and the Syrian army.

– On March 4 and 5, the counter-terrorism units of the Syrian Democratic Forces (SDF), with the support of the American coalition, carried out an operation to clear and arrest ISIS operatives in Deir Ezzor.

– Artillery of Turkish-backed militants bombed YPG positions on the outskirts of Tal Rifat in response to attacks on illegal oil reservoirs and fuel tanks in the Tarhin and Hamran areas.

– US military carried out a patrol in the southern suburbs of Malikiya in northeastern Syria.

– UN Secretary General Antonio Guterres reiterated his strong commitment to work for the benefit of the Syrian people and to work with the Syrian government.

– According to the Russian Center for Reconciliation in Syria, the militants violated the ceasefire 26 times in the Idlib region, including 2 in Aleppo province, 5 in Latakia province, 6 in Hama and 13 in Hama province.